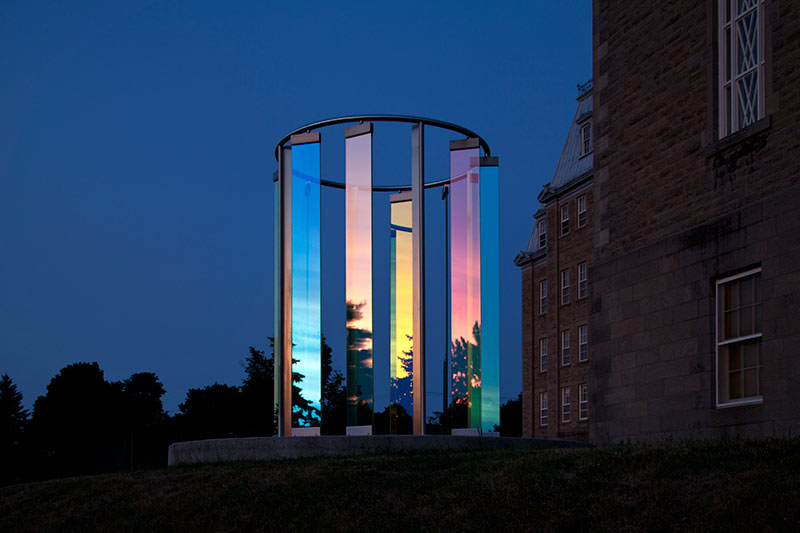 After studying at Temple University’s Tyler School of Art in Rome (1974), Catherine Widgery completed a BA at Yale University in 1975. She lived and worked in London, New York and Rome early on in her career, settling in Montreal from 1979 to 1999 before moving to Truro, Massachusetts. Among her major works is Lost sense, presented in 1998 at the Royal Ontario Museum (ROM). Widgery combed through the museum’s collections in preparation for the exhibition, selecting works of art and every variety of artifact, including stuffed animal specimens; individually chosen for their appeal to one of the five senses, the items as a whole were intended to erase the distinction between nature and culture. This dual humanitarian and environmental sensibility is reflected in all of Widgery’s work. With a principal aim of animating the environment, her public art projects, for example, feature the natural elements in the form of computer-programmed wind, light and water.