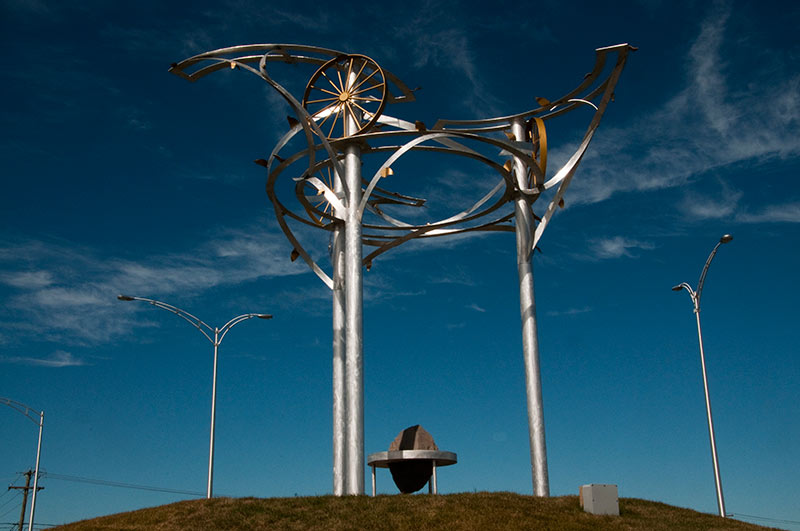 Carole Wagner moved to Abitibi-Témiscamingue in 1977 after earning a Bachelor’s degree in sculpture. In 1979, she submitted a project proposal to the Ministry of Culture just as the 1% policy for integrating art and architecture was being introduced. Upon winning a commission in 1981, she became the first artist to complete a project under the new strategy. Wagner has since created hanging artwork as well as indoor and outdoor murals for various public buildings throughout Quebec. She also produces surrealist installations that play upon the division between the interiority and exteriority of objects, as seen in La chambre de l’immatériel (“the room of nonmaterial things”; 2001) and Sonder les profondeurs (“sounding the depths”; 2009).