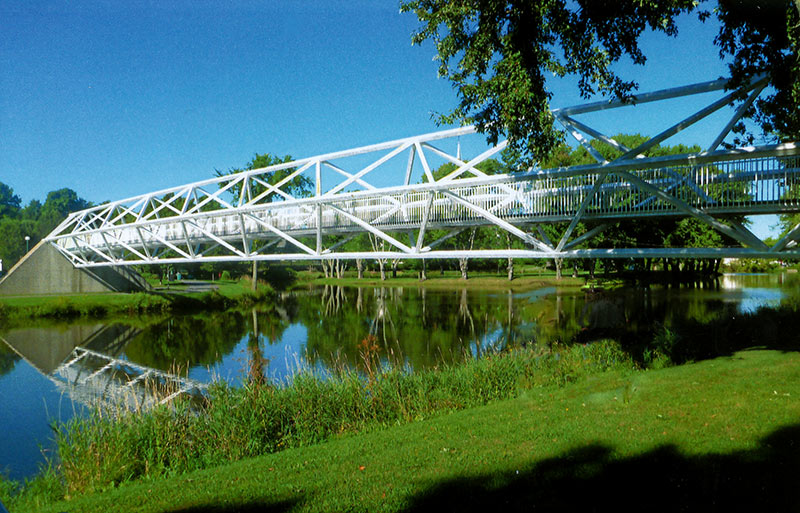 Armand Vaillancourt was expelled twice during his studies at the École des beaux-arts de Montréal (1951-1954), largely because of a work entitled L’Arbre de la rue Durocher (“the tree of Durocher Street”). A genuine example of long-term performance art, the six-foot-tall “sculpture” took two years to complete, simultaneously bringing art into the public eye and raising environmental awareness. Now housed in the Musée national des beaux-arts du Québec, it represents merely the opening act in the career of a socially engaged and provocative artist. In 1971, for example, Vaillancourt stirred controversy in Quebec when he unveiled a monumental sculpture in San Francisco called Québec libre! His work continued to be exhibited internationally, however, despite a list of run-ins with authorities resembling the plot twists of a soap opera. He accepted the Prix Paul-Émile Borduas in 1993 after refusing the Confederation Medal in 1967, and he was made a Knight of the Ordre national du Québec in 2004. Vaillancourt practised wood carving until 1955, when he developed an interest in metal casting: he opened a foundry workshop and became the first to use Styrofoam moulds, experimenting with a host of other novel techniques. Having time and again served as a mentor to fellow sculptors, including André Fournelle in the early sixties, he remains true to his initial convictions and above all to his belief in respect for material. He continues to perceive art as a unifying catalyst: universal and timeless.