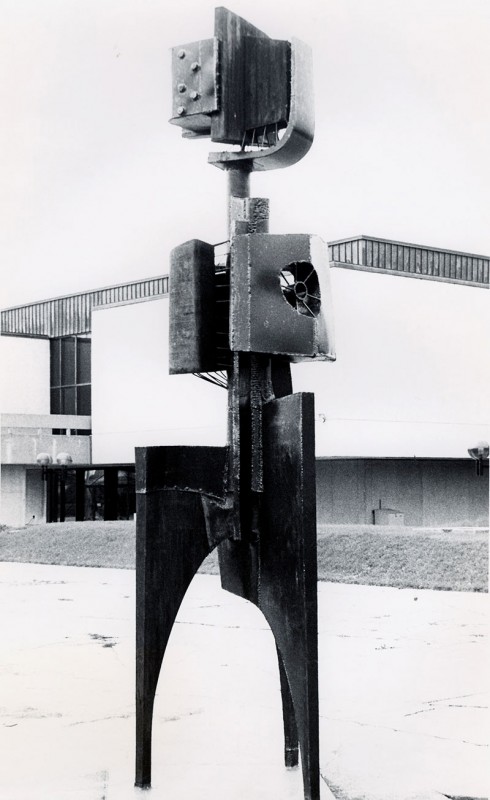 An outstanding figure in the world of Quebec sculpture, Yves Trudeau attended the École des beaux-arts de Montréal. He went on to teach visual arts at the Université du Québec à Montréal, to which he left a number of his sculptures in 1999 to establish a scholarship fund for students in sculpture. In 1960, he co-founded the Association des Sculpteurs du Québec (now the Conseil de la Sculpture du Québec), and he is a member of both the Order of Canada and the Royal Canadian Academy of Arts. Trudeau began his career as a sculptor in the 1950s, concentrating initially on bronze work before shifting his focus to steel, concrete, marble, ceramic and aluminum. He has taken part in countless solo and group exhibitions, and his work can be found in major museum collections. Angular and at times richly colourful, his pieces draw attention regardless of their size. Le Phare du Cosmos, for example, was originally created for Man and His World at Expo 67; the imposing blue sculpture has since been restored and remains a familiar sight in Parc Jean-Drapeau. Another work, Relief, négatif positif (1986), comprises two stainless steel murals in Montreal’s Côte-Vertu subway station.