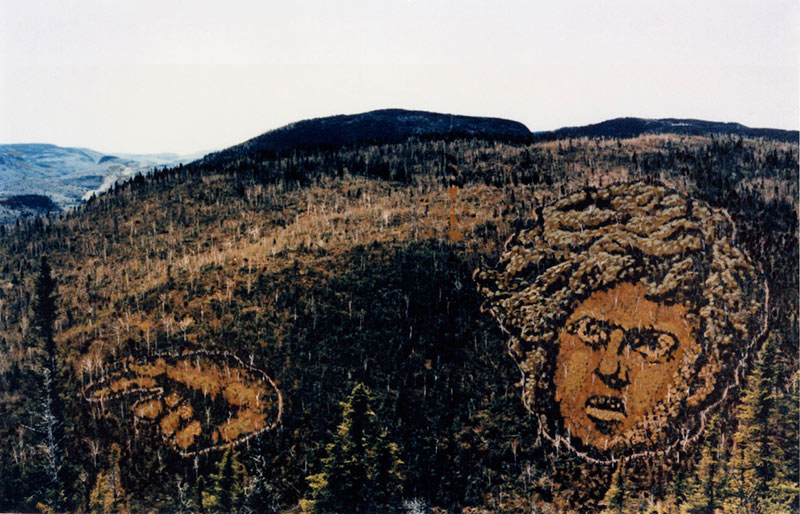 With an advanced studies degree from the University of London and a PhD in visual arts from Université Paris 8, Denys Tremblay is a professor emeritus at the Université du Québec à Chicoutimi, where he implemented the first interdisciplinary undergraduate program in the arts. He has presented his staged environments – notably Saloon funéraire (1973), whose irreverent nature proved a shock to viewers – both in Canada and abroad, and he was the chief catalyst and organizer behind the 1980 International Environmental Sculpture Symposium of Chicoutimi. Tremblay is also known for having invented “L’Illustre Inconnu” (“the unknown celebrity”), an eccentric character that inspired two publications and a film. This persona enabled him to prevent the Chicoutimi residence of painter Arthur Villeneuve from being demolished and to have it moved instead to the regional La Pulperie museum. In another auto-fictional performance, he was elected King of the L’Anse-Saint-Jean municipality through a referendum in 1997. The act was intended to revive tourism in a region that had been devastated by flooding the previous year; it aimed to raise funds for the creation of an immense plant-based mosaic, billed as a so-called self-portrait of Saint John the Baptist, on the side of Mount Édouard. The project was ultimately abandoned, however, and Denys I would relinquish his crown in a public ceremony in 2000. In 2010, La Pulperie held a retrospective of Tremblay’s work entitled Alias: de l’Illustre Inconnu au Roi de l’Anse (“Alias: from the Unknown Celebrity to the King of L’Anse”); it echoed Hervé Fischer’s Un roi américain (“an American king”), a book examining the aesthetic of this socially engaged and innovative artist since his emergence in the seventies.