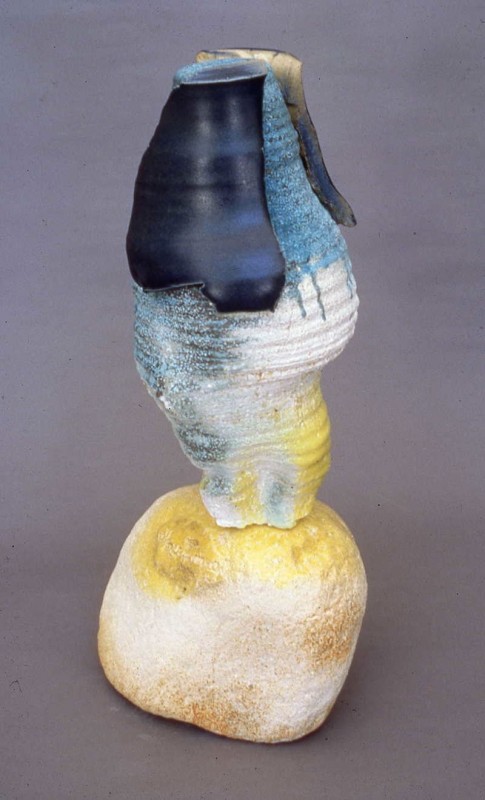 After graduating with a Diploma in ceramics from the Institut des arts appliqués in Montreal (1961), Alain-Marie Tremblay completed engraving internships in Paris at William Hayter’s Atelier 17 and at the Musée des arts décoratifs de Paris with Annie Martin. He also participated in events and exhibitions organized by the Lettrisme group before pursuing another internship in San Francisco, studying sculpture and concrete under Jo Di Stefano (1982). His work has been shown in over one hundred solo and group exhibitions, and he has completed numerous projects for the integration of art into architecture. In addition, he has actively contributed to the arts community, including serving as president of Ceramists-Canada from 1985 to 1991, and published around a dozen texts on his work and on ceramics. A creator in the purest sense of the word, Tremblay has explored new materials and notably invented a mix of earth, cement and feldspar coloured with cobalt and manganese. He cannot be defined by any school or movement, producing singular artwork that evokes both the past and the future: his tinted and glazed concrete steles engraved with symbols, for example, resemble the ruins of some buried civilization as much as they seem to paint a vision of one yet to emerge.