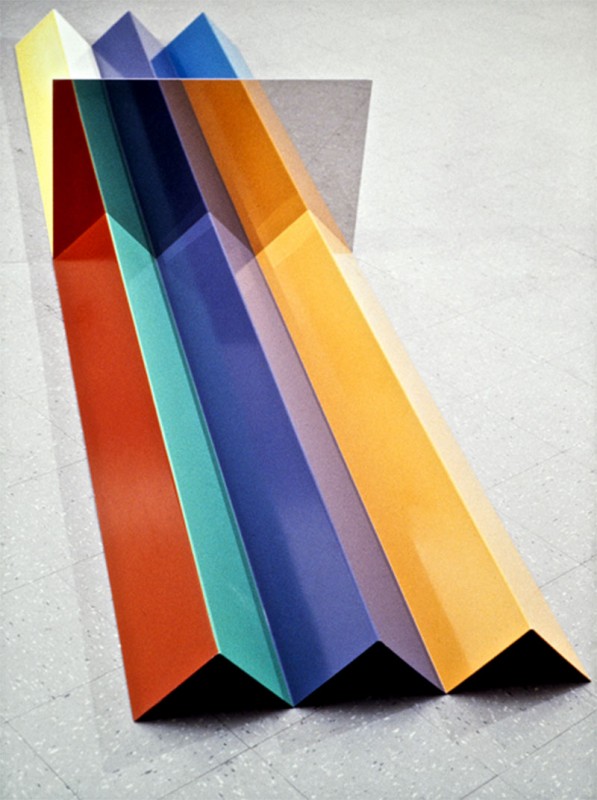 Serge Tousignant attended the École des beaux-arts de Montréal before completing a professional development internship in lithography and painting at London’s Slade School of Fine Art. A co-founder of the artist-run centre Véhicule, he began teaching fine arts and photography at the Université de Montréal in 1974 and has participated in more than sixty exhibitions over the course of his career. In the seventies, he produced prints, paintings and engravings, but primarily practised sculpture and photography; he claims nonetheless to be neither sculptor nor photographer, as his interests centre on experiences as well as the exploration of time, context, light, form and shadow. Tousignant creates part-pictorial, part-sculptural works that entail the participation of the viewer, who is compelled to draw closer to fully grasp where one medium ends and other begins. This ambiguity is particularly unsettling in Hommage à Magritte (1972), which features an object placed by a wall: like projected shadows, continuous bands of colour stretch over both the three-dimensional form and its two-dimensional background. Ensemble no 7 (1983) achieves a similar effect, as vibrant, angular panels placed on the floor act as extensions of a black “tableau” in the background.