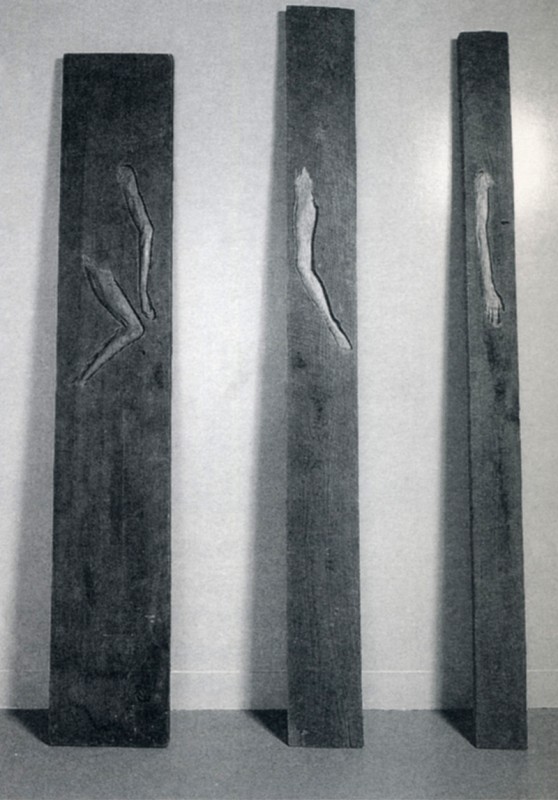 After attending the École des beaux-arts de Montréal, Ronald Thibert rounded out his training with studies in Bournemouth, England, and an MFA from Concordia University. He taught at the Université du Québec à Chicoutimi from 1973 to 1997 and was appointed president of Chicoutimi’s Ateliers TouTTout in 2005. In addition to producing monumental works of public art, he has participated in symposiums such as the 1980 International Environmental Sculpture Symposium of Chicoutimi. The work he presented, Ophélia, was designed to disappear into the waters of Lac Saint-Jean. In 1986, Thibert’s Femme et Terre, a sculpture displayed in front of the Musée Louis-Hémon in Péribonka, caused an uproar when it was believed to resemble a pubis. The artist has since created many sculptures carved directly from natural materials, including Station in 2005. Comprising fourteen beams of white walnut, the piece contained sculpted portions representing fragments of artwork by great artists throughout history such as Caravaggio, Rubens, Rembrandt, Michelangelo, Courbet and Rodin.