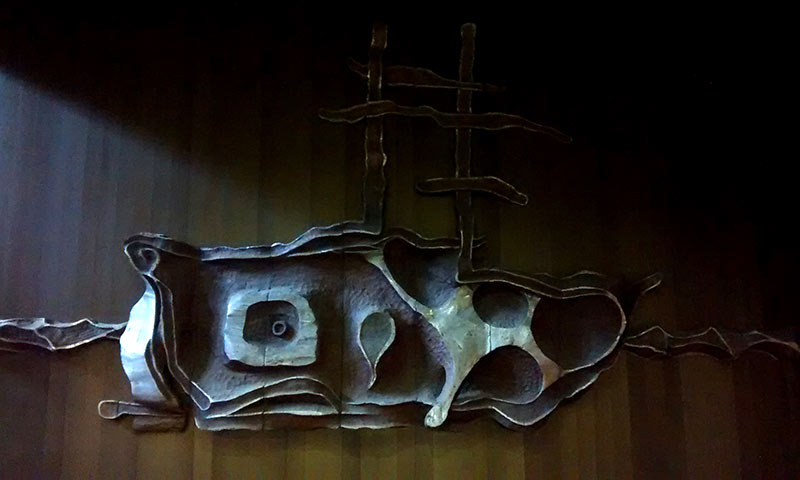 Eddy Tardif holds a BFA (1973) and an MFA (1977) from the Université du Québec à Montréal, where he was taught by Mario Bartholini and Yves Trudeau. During the seventies, he took part in symposiums and became a visual arts teacher at the De Mortagne secondary school in Boucherville. In addition to producing illustrations and paintings, he creates sculptures such as Le Pélican (1983), a tribute to Pierre Le Moyne d’Iberville located at the D’Iberville subway station in Montreal.