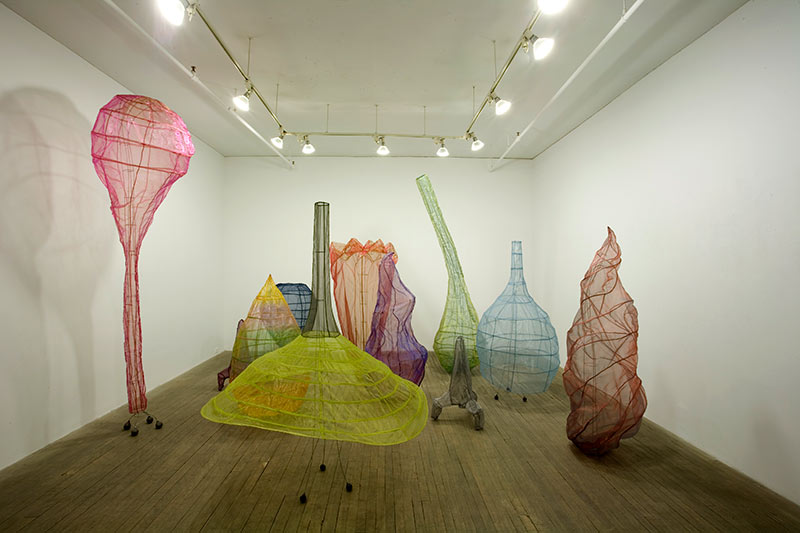 Sarah Stevenson holds a BFA and has been devoted to sculpture since the late 1980s. Her work has been exhibited in Europe, Colombia and Canada, notably in Montreal at the Saidye Bronfman Centre (2000) and, on several occasions, Galerie René Blouin (1992-2013). She creates translucent objects from nylon mesh, mosquito netting, thread and metal wire, at times in the form of immense, hollow cocoons either resting on the ground or seeming to emerge from the walls (Sans titre (Swag), 1999); others are smaller pieces pinned to the wall that resemble colourful and opaque chrysalises (Color Wall, 2003). Her work as a whole focuses on the dichotomies between fragility and resistance, transparency and opacity, and particularly the notion of weightlessness. In 2008, she became the first sculptor to win the Prix Les Femmeuses, an annual award created by Pratt & Whitney Canada Corp. in 2007 that recognizes excellence in female artists from Montreal.