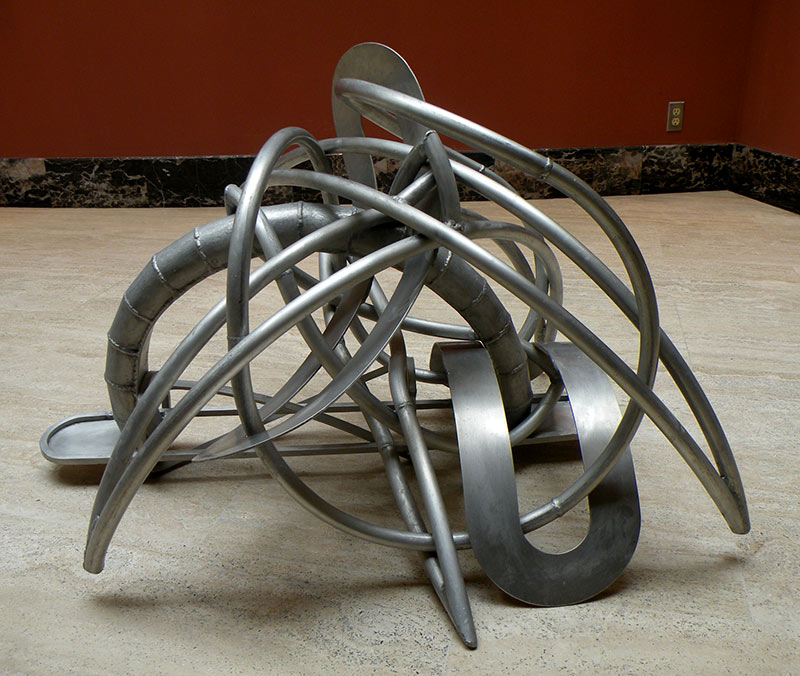 Henry Saxe attended Sir George Williams University (1955-1956) and the École des beaux-arts de Montréal (1956-1962). He was introduced to engraving as a student of Albert Dumouchel (1961-1962), later pursuing an internship in London in 1967-1968. A former professor at the École des beaux-arts de Montréal (1968-1969) and the École des arts visuels at Université Laval (1970-1973), he participated in the 1963 and 1966 Paris Biennales as well as the Venice Biennale in 1978. In 1994, the year he received the Prix Paul-Émile Borduas, he was featured in a retrospective at the Musée d’art contemporain de Montréal. Saxe’s style has changed significantly over the course of his career. With an initial focus on fixed and colourful modular sculptures in the sixties, he shifted his approach toward more fragmented pieces in the seventies, using everyday materials such as pipes, pieces of hemp and manufactured objects (stepladders and stools); akin to installations, these works comprised separate components which he tended to arrange in triangular forms. He then began working with lighter and malleable materials, including aluminum, which he had previously neglected: his “knotted” sculptures consequently took on an increasingly airy quality. Throughout this evolution in technique, Saxe’s work has remained centred on exploring methods of assembly and the aesthetic status of objets d’art.