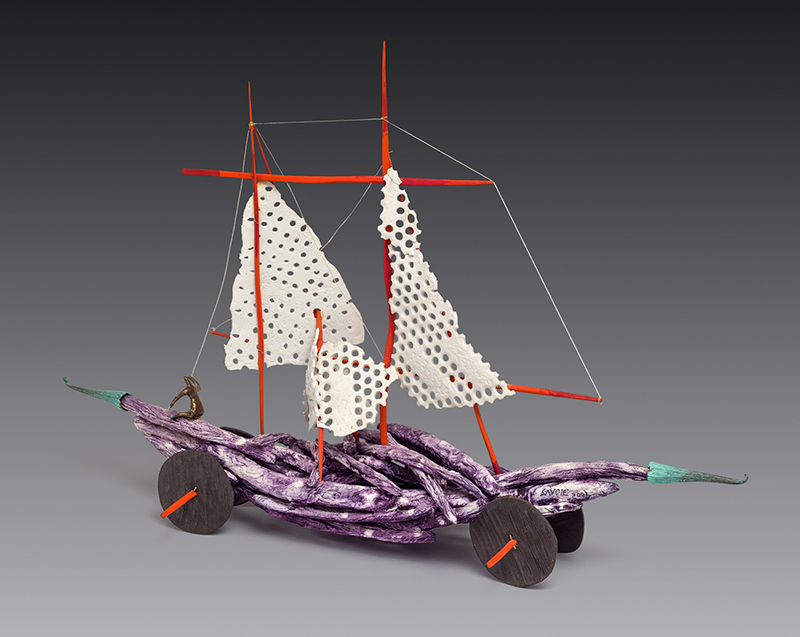 Maurice Savoie studied at the École du meuble de Montréal and the École des beaux-arts de Montréal between 1944 and 1951. He completed numerous internships abroad, notably in 1989 at the École d’arts décoratifs de Limoges, and his many awards include the Grand Prix des métiers d’art du Québec (1987 and 2000), the Prix Paul-Émile Borduas and the Saidye Bronfman Award (both received in 2004). Savoie devoted his career to ceramics and its various techniques. Beginning in the sixties, he occasionally created murals integrated into architecture, namely those at the main entrance of Montreal’s McGill subway station (1966), the Quebec Pavilion at the 1967 World’s Fair in Montreal, the Canadian Chancery in Belgrade (1984) and a number of schools and visitor centres across Quebec. In 2003, Quebec City’s Centre Materia held a retrospective of his work, while in 2005, he was the subject of exhibitions at both the Canadian Museum of Civilization (now the Canadian Museum of History) and the Musée de Sherbrooke.