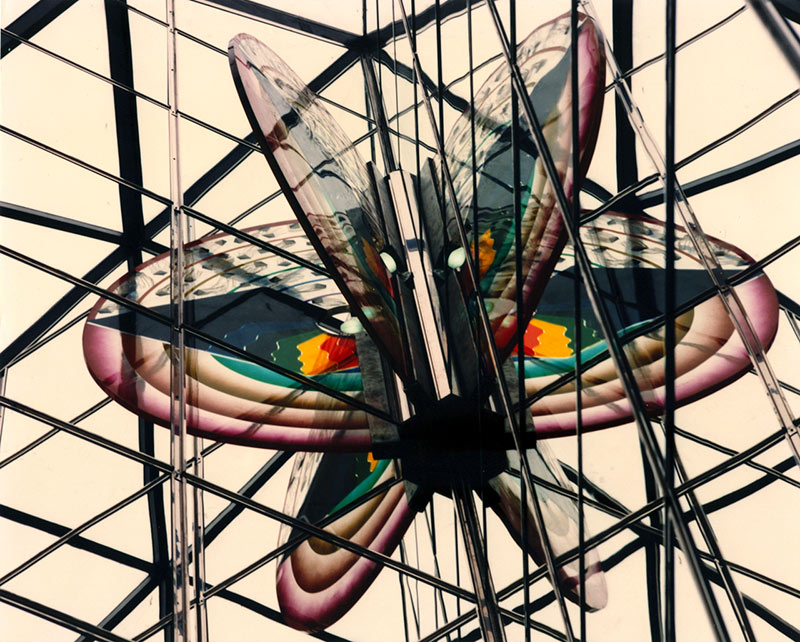 After attending the Institut des Arts appliqués de Montréal, Claire Sarrasin began working in high fashion and in painting costumes for the theatre, eventually devoting herself to silk painting. In 1970, she was invited to teach fabric dyeing at the École Nationale de Théâtre de Montréal as well as the École Nationale des Arts et Techniques du Théâtre in Paris. In 1976, she began the practice of coating painted silk with acrylic material, developing an unprecedented casting technique that produced the look of glass. She has since exhibited her work regularly in Quebec, France and the United States. Among her most significant monumental pieces are Métamorphose d’Icare in the skylight of Montreal’s Parc subway station (1984-1986) and Mémoire Vive (1989), which hangs in one of the exhibition greenhouses of the Montreal Botanical Garden.