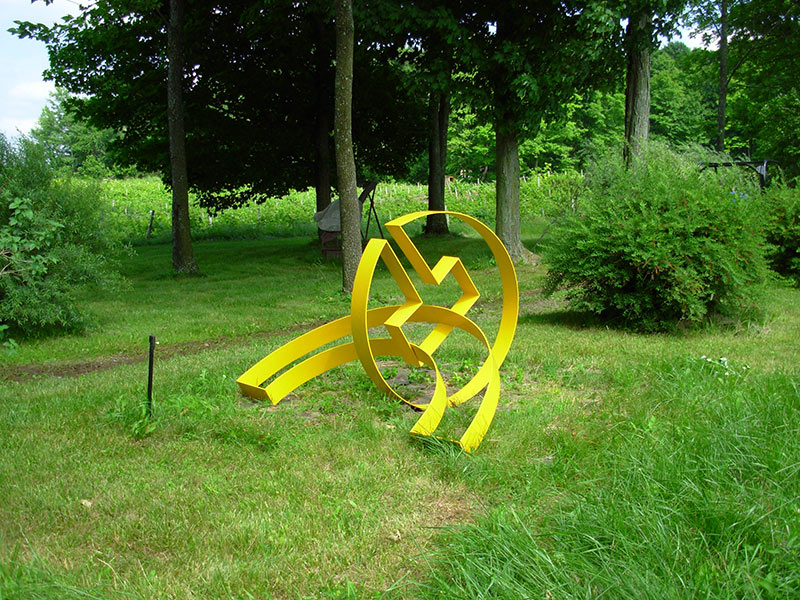 Colombian-born Pedro Espinel Ruiz completed a degree in sculpture at the National University of Colombia. In addition to presenting his work in many solo and group exhibitions, he placed first in sculpture at three national art salons and taught at various Colombian universities. After moving to Quebec in 1986, he pursued studies in Canadian aboriginal culture: he earned a degree from the Université du Québec à Chicoutimi through a series of courses entitled Choc des cultures et préhistoire amérindienne (“culture shock and Native American prehistory”). In 1992, he established a sculpture park in the community of Atikamekw in Wemotaci. He later developed an interest in crystallography and began experimenting with recycled railway materials and reflectorized signboards, using them to create highly colourful pieces that often featured characters from legends. His work can be found in public and private collections in Quebec, the United States, Colombia, Spain and Venezuela. He has also completed works integrated into architecture, including an outdoor sculpture at the Complexe culturel Félix-Leclerc in La Tuque (1999) and a collective mural at the Centre Amitié autochtone in Montreal (2013).