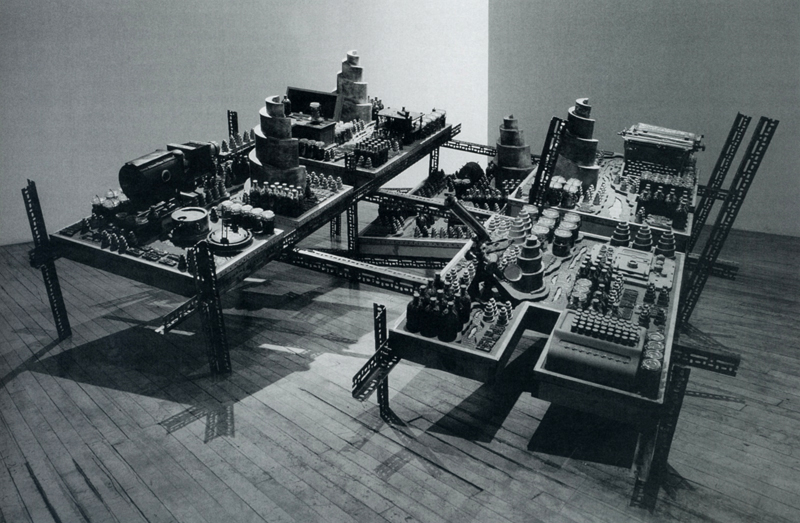 Bernard Rousseau holds a BFA (1973), an MFA (1981) and a PhD in semiology (1997) from the Université du Québec à Montréal. He began teaching in various Cégeps and universities in 1973 and has been a professor at the Cégep du Vieux Montréal since 1990. His artistic practice deals with corollary concepts: the passage of time and the memory of matter, which is considered “materialized time.” He creates objects/archaeological sites and turns back time with the help of eroded, broken and out-dated industrial elements that often include literary evidence (writing implements and words): true encyclopedic and utopian machines in which the memory of things mirrors the memory of language. The immense installation Toxinomia Universalis: Machines, fioles et horloges (1993) is characteristic of his work.