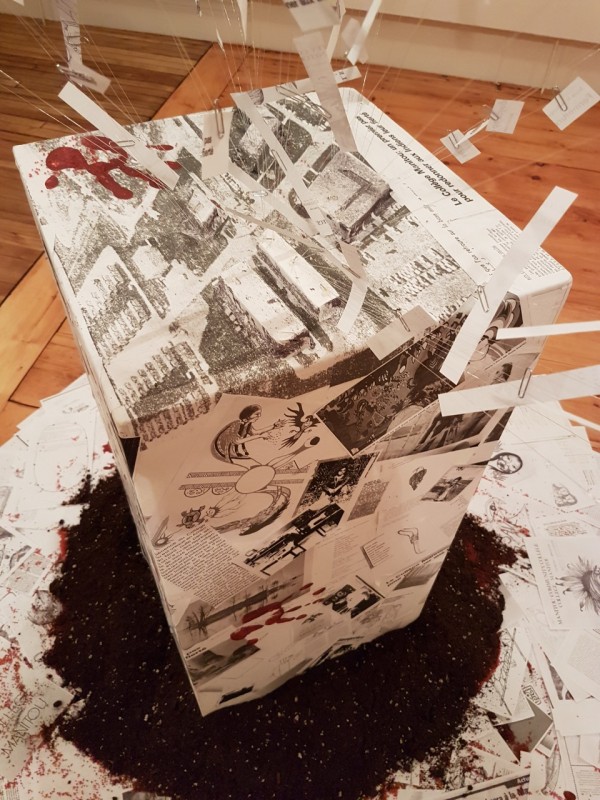 Sonia Robertson is an innu artist, originally from the Mashteuiatsh aboriginal community, born in the Pointe-Bleue area of Saguenay Lac-Saint-Jean. The artist obtained a certificate in film studies from the University of Montreal in 1990 and few years later, in 1996, she completed a bachelor’s degree in video art from the University of Quebec at Chicoutimi. In 2017, she completed a master’s degree in art therapy at the University of Quebec in Temiscamingue. Her artwork explores essentially photography and videography and integrates sound and text through performances and installations. Sonia Robertson creates performances closely related to their places, and offers spaces of rituals with healing potential like in the artworks Who Are We? (2018) or The Awakening of Power (2017). The artist thinks the links between notions of visibility and invisibility, externality and interiority as the links between the spirit world and the human world. Sonia Robertson is also very involved in her community. In 1994, she established the Diane Robertson Foundation (Foundation for the promotion of contemporary artists of Mashteuiatsh community) and the Sacred Park Association (Association for the health of medicinal plants of Mashteuiatsh community) in 2001. Since 2011, she has been involved in organization for cultural events, for instance in the festival Atalukan, festival of tales and legends.