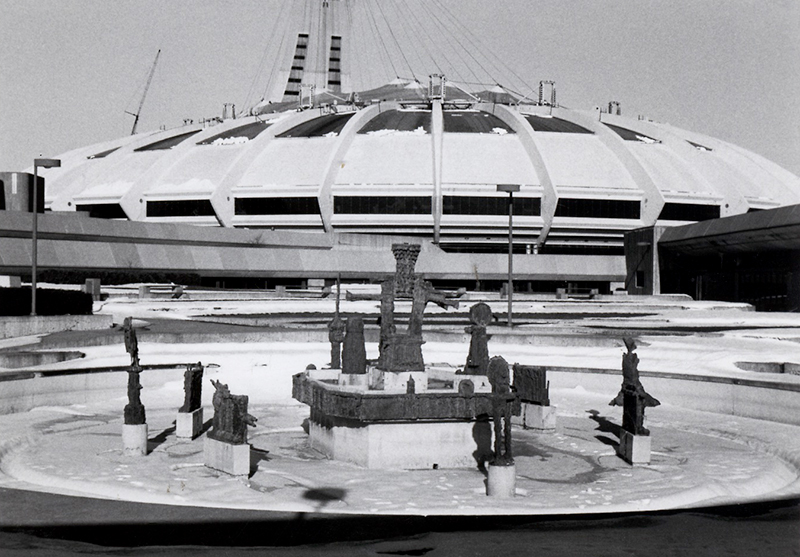 Jean-Paul Riopelle signed the 1948 Refus Global manifesto before leaving for Paris, where he established an international reputation. While pursuing his exploration of painting, he began working in sculpture in the 1960s with a style bordering on figuration and abstraction, creating bronze pieces that bore the visible imprints of his fingers. He also worked in foundry at the time, casting bronze sculptures of modest dimensions and producing moulds for a series of owls, among others. In the 1970s, his works were filled with playful figures and grew monumental in scale: the most famous of these is La Joute (“jousting”), an illuminated fountain installed at Montreal’s Olympic Park for the 1976 Summer Games. It was restored and moved to the Quartier international des affaires in 2004. During his career, Riopelle received prestigious awards such as the Prix Paul-Émile Borduas (1981). In 1988, he was named an officer of the Ordre national du Québec.