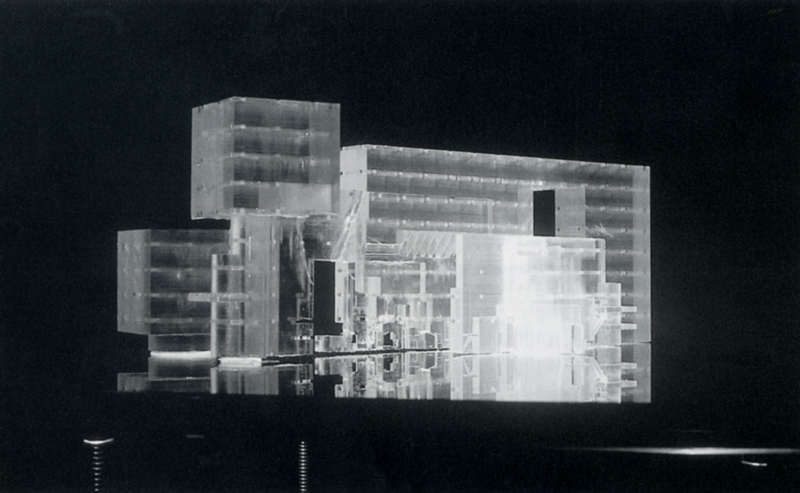 Nicolas Reeves holds Bachelor’s degrees in architecture (1982) and physics (1986) and a Master’s degree in architecture (1988). In the early 1980s, he won the Prix de Rome in Architecture and the Grand Prix d’architecture du Québec. Currently a professor in the department of design at the Université du Québec à Montréal, he founded the NXI GESTATIIO laboratory, dedicated to research-creation in art, architecture, design and computer technology, in 1995. From 2001 to 2008, he led the artificial life and robotic arts research division at the Institut Hexagram (a centre for research-creation in media arts and technologies) and later served as scientific director. Driven by an interest in the coding systems required by new media, he develops various systems of progressive gestation that produce formal architectonic and sound structures, which are designed to evolve continuously without human assistance. His work has earned him international recognition, particularly La Harpe à nuages (The Cloud Harp; 1997-2000), a piece inspired by astronomer Joseph Kepler’s “music of the spheres” (1571-1630): using infrared lasers, the electronic weather instrument converted the shapes of clouds detected overhead into audio-musical sequences in real time. Apart from making the clouds sing, Reeves is conducting long-term research into the formal analysis of urban settlements defined as having “no prior address” – namely slums, medinas and traditional cities. His work pursues an unprecedented humanization of architecture, science and visual and sound arts.