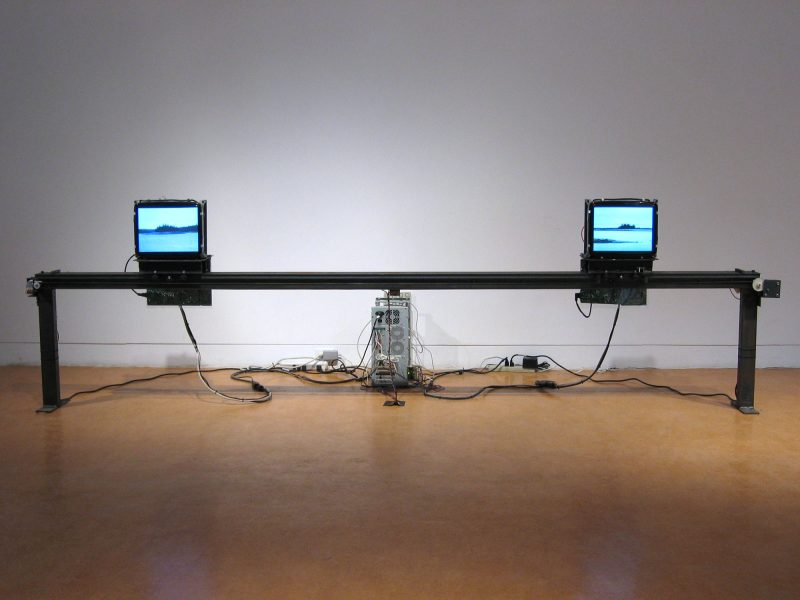 Professor, since 1996, in the Department of Visual and Media Arts at the Université du Québec à Montréal, Éric Raymond has been interested in images and their origin. He uses the assembly of various objects, the projection of videos and digital photographs to create unusual encounters between different media and thus challenge our vision of reality. In this perspective, he has been working since 1997 on Lanternes / Lighthouses, a long-term project where he questions our perception of reality throughout the influence of our image reception systems. This project is made from various visual assemblies combining photographs and videos. Earlier in his career, Le bestiaire figuré (1984-1994) presents a series of works of exploration between the assembly of various objects of human fabrication and their encounter with video and photography. In 2005, he collaborated on the Toolkit Project with artist Bill Vorn, as part of Hexagram, a research and development space for technological and media arts. He participated in group exhibitions and public initiatives such as Art Souterrain (2011) in Montreal as well as several solo exhibitions and contemporary art fairs in Canada, the United States, Belgium and Italy. He has received several grants from the Canada Council for the Arts and the Conseil des arts et lettres du Québec.