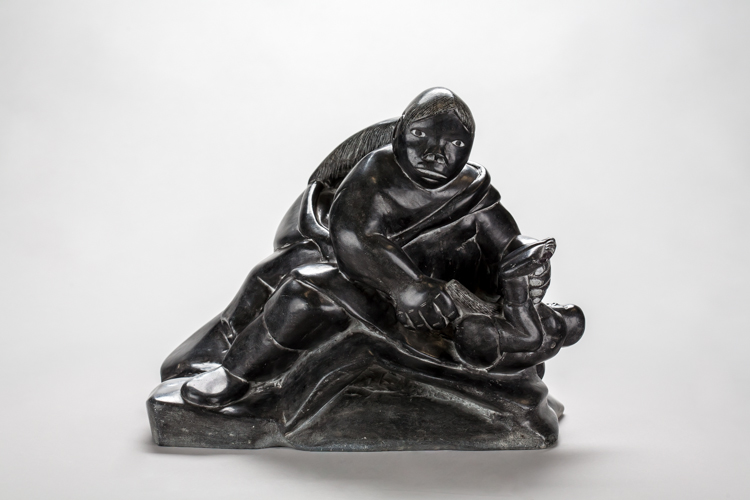 Born near the Kugoalu River, south of Puvirnituq, the Inuit artist Levi Qumaaluk came from a very influential family in the sculpting field. He and his brothers Jusi, Inukpak and Tania began sculpting very early to meet the needs of the family, but he was the only one who learned how to make prints. His work is characterized by the theme of Inuit survival in the extremely cold Nordic environment. In connection with this theme, the daily activities of the hunter and the mother and child are evident in his work, as well as the emergence of Inuit legends. Faced with these very personal sculptures, the viewer is confronted with an unusual interpretation of the reality of Inuits’ traditional life. Qumaluk was very meticulous and precise concerning the details of his compositions, whether depicting tents, clothing or kayaks. Starting in the early 1960s, he completed many prints in stone, including some that became of part of collections in 1979. Today, Levi Qumaaluk is one of the most recognized Inuit artists on the art market and one of the most prolific and talented sculptors of his generation.