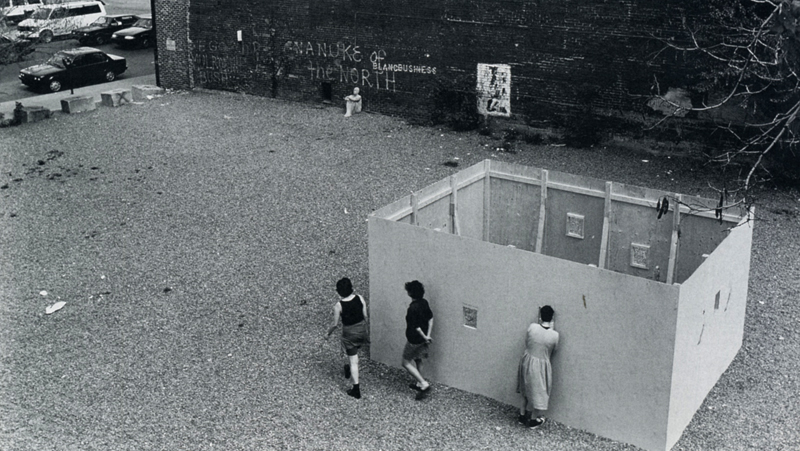 Robert Prenovault studied sculpture in Winnipeg and completed an MA in visual arts at Concordia University. After working in northern Quebec, he moved to Montreal and became a teacher at the Cégep Édouard-Montpetit. He converted the backyard of his home into an art gallery, where for nearly a decade he has been creating sculpture-installations from wood and concrete. In 1996, he participated in the major exhibition Les cents jours d’art contemporain, and he has been publishing and presenting his installations and performance art in Canada as well as the United States for many years. A member of the Mobile Media Lab (MML), he integrates digital technology into his work while focusing on human interactions and the relationship between humans and their natural environment.