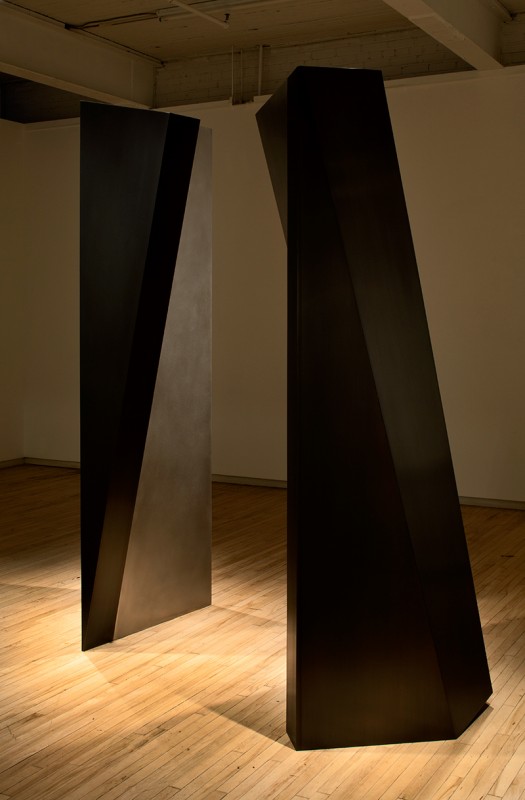 Roland Poulin was a young graduate of the École des beaux-arts de Montréal in 1969, later teaching visual arts for the Montreal Catholic School Commission followed by the department of fine arts at the University of Ottawa. Between 1969 and 1970, he collaborated with Mario Merola on various projects for the integration of art into architecture. He was the recipient of the 1992 Prix Ozias-Leduc from the Fondation Émile-Nelligan, a 1996 Victor Martyn Lynch-Staunton Award and the 1998 Jean A. Chalmers Award in visual art for a piece entitled Dérobée. His geometric sculptures are characterized primarily by changes in the positioning of their forms and slight variations in surface continuity; structures seem to rise at an angle from the ground with planes bursting forth in the space, at times leaving a trace of their shadows. In this way, the ground itself is unsettled by forms that appear to be both absorbed and projected, encouraging viewers to conceptualize their own bearings. Typically black and dually reminiscent of tables and tombs, these structures resemble both commemorative monuments and everyday objects, almost like cenotaphs for absent bodies still attending to their daily activities. Poulin has also produced monumental sculptures in public spaces, particularly towering empty frames that look out over the surrounding area.