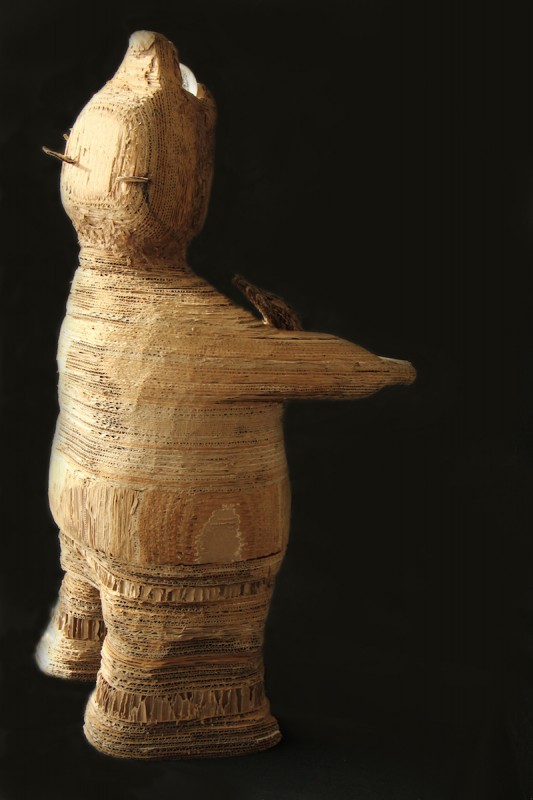 Born in Rapides-des-Cèdres, in Abitibi-Témiscamingue, Quebec, Virginia Pésémapéo Bordeleau is the daughter of a mixed Quebecois-aboriginal father and a Cree mother. She became interested in painting at a young age, exploring themes surrounding her mixed and Cree origins. Over the years, she learned diverse art forms, including sculpting and engraving. As a self-taught artist, she had her first exhibition in 1984 at the Centre d’exposition de Val-d’Or. This exhibition marked the debut of her artistic career and confirmed her talent for two- and three-dimensional creative work. The artist began studying at the Université du Québec en Abitibi-Témiscamingue (UQAT) where she earned a bachelor’s degree in studio arts in 1988. Her studies deepened her knowledge of art and opened doors to the possibility of an artistic career. Virginia Pésémapéo Bordeleau’s work is concerned with dream-like visions, intuition and instinct. Themes of family, territory, Cree legends and vegetation consistently resurface in her art. As part of the 1% policy of art and architecture integration, the artist created several symbolic, three-dimensional pieces, appearing at the LG3 training centre (Hydro-Québec), the air terminal at Grande-Baleine, Quebec, the Senneterre library, the Montreal Botanical Garden and the Centre Unité de vie in Mistassini, Quebec. She also completed a sculpture that pays homage to Billy Diamond, the great chief of the Cree community during the 1970s-1980s. Her pieces have been exhibited in several countries, including Canada, the United States, France, Mexico and Denmark. She has won several awards during her career, including the Prix à la création artistique from the Conseil des arts et des lettres du Québec in 2006. Her pieces are held in both public and private collections including that of Loto-Québec and the Assembly of the First Nations of Quebec. Finally, the artist has also had a career as a writer and poet. In 2012, she won the Prix littéraire de l’Abitibi-Témiscamingue for Le Crabe Noir, a collection of poetry.