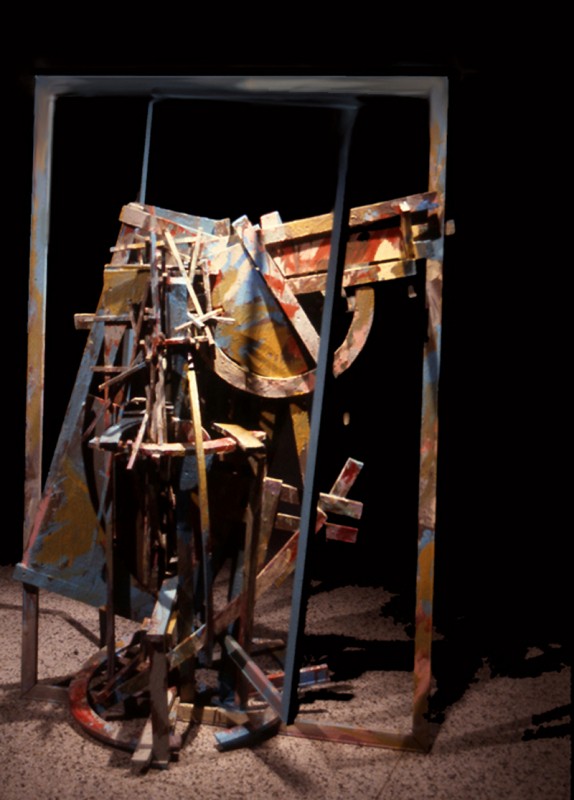 Yves Paré holds a BFA (1977) and an MFA (1985) and is a former teacher on the Bois Francs school board in Victoriaville. He is a founding member of Cercle Carré, a cooperative in Old Montreal that houses approximately sixty artists from various disciplines. In addition to participating in group shows, including on the 150th anniversary of Victoriaville, he has held numerous solo exhibitions, notably at the Maison de la culture Côte-des-Neiges (1989), the Galerie d’art Outremont (2008) and Espace Cercle Carré (2012). His work has always reflected a middle ground between painting and sculpture, his high-relief tableaux belonging in equal part to both fields. Among his many murals are those at Victoriaville’s École Marguerite-Bourgeoys and at Les Trois Terrasses elementary school in Trois-Rivières Ouest.