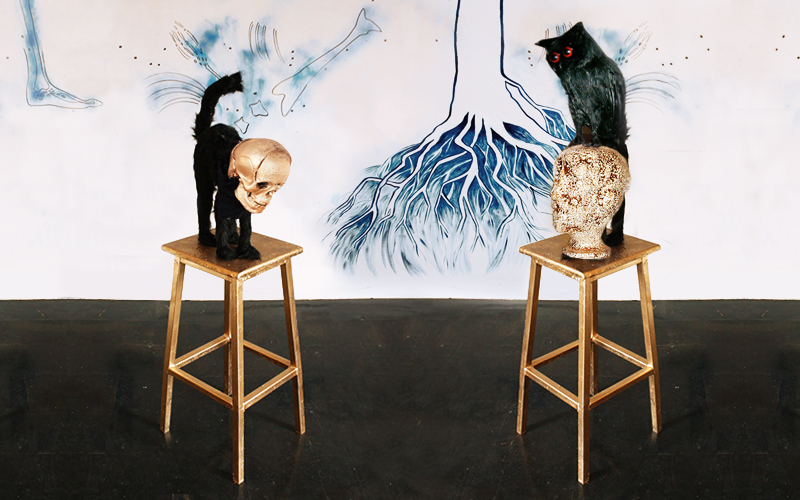 Multidisciplinary artist Christine Palmieri was born in Morocco and holds a BFA (1984), an MFA in visual arts (1986) and a PhD in the study and practice of art (2001) from the Université du Québec à Montréal (UQAM). She has been teaching in UQAM’s Hexagram/CIAM program since 2006 and is also a poet, art critic, lecturer, exhibition curator, events organizer, editor and magazine director (Archée, 2008; Tessera, 2003-2006). With a particular interest in new technologies and bio-art, she has participated in a considerable number of solo and group exhibitions in Quebec and abroad, notably in France and Mexico. Her installations and performances incorporate video, photography and digital images. Much like her writings, Palmiéri’s visual arts interventions invite the viewer into a ritual at the intersection of diverse cultures: Moroccan and Quebec, ancestral and contemporary. In particular, her performances present the signs of a hybrid identity, one suspended between the memory of the past and glimmers of a future taking shape in situ.