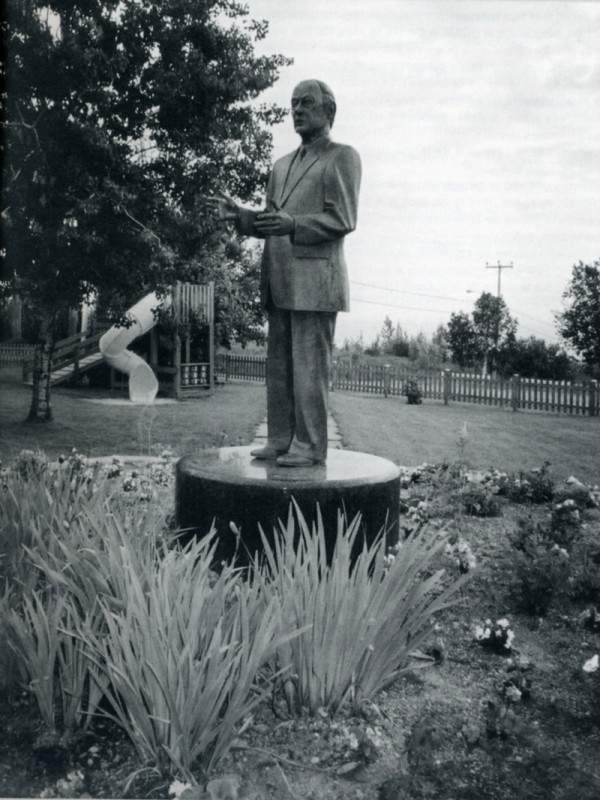 Cabinet-maker, statue restorer and self-taught sculptor Fabien Pagé attended the École du meuble de Victoriaville. A professor at the Artebois woodworking school in Quebec City, he has created bronze busts in memory of public figures such as J. Armand Déziel and Alphonse Desjardins (2000), as well as religious statues for various churches. He is best known for a monument in honour of René Lévesque (1999) that was originally installed on Parliament Hill in Quebec City before being moved to Lévesque’s hometown of New Carlisle.