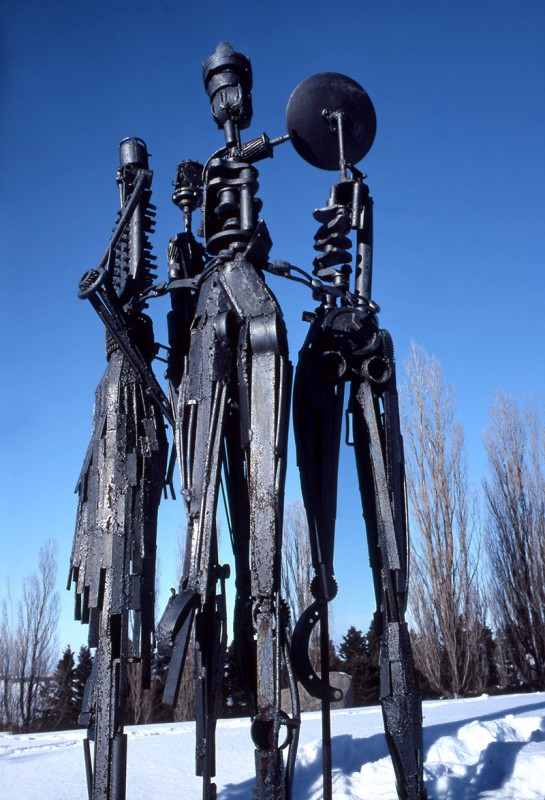 A leading figure in the resurgence of Quebec sculpture during the sixties and seventies, Serge Otis traveled throughout Canada, the United States, Europe and Mexico after attending the École des beaux-arts de Montréal (1963). He quickly gained a wide reputation upon his return with Fleurs, an eight-foot-tall sculpture made from metal bars set in concrete, and Spirals Unlimited, an installation comprised of coiling metal rods that was exhibited at the Musée d’art contemporain de Montréal (1969). Otis participated in numerous exhibitions throughout the seventies, including a 1970 woodcarving symposium in Quebec City’s Samuel-Holland Park; during this period, he was also producing drawings in felt-tip pen on aluminum blocks. Up until his death in an accident the night of his vernissage at the Cégep de Matane, Otis had been working extensively on a series entitled Mutants, which consisted of bizarre figures made from rusted metal. L’Ancêtre, for example, located in Mont-Saint-Pierre, is an immense creature halfway between bird and dragon.