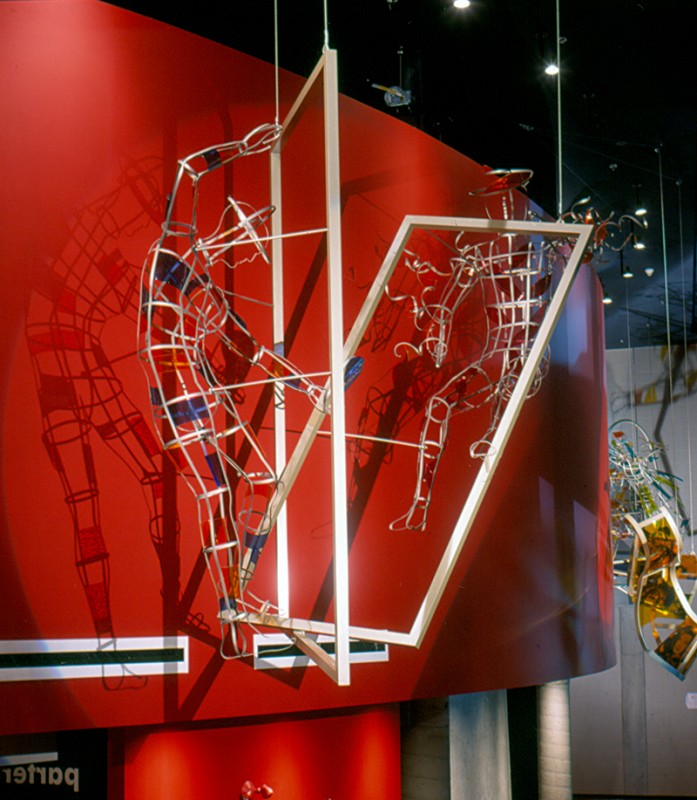 The son of a glassmaker, Pierre Osterrath emigrated from Belgium to Quebec in 1953. In 1967, he opened his own glassmaking workshop and began a prolific collaboration with Jordi Bonet, Frédéric Back, Marcelle Ferron, Fernand Leduc, Jean-Paul Mousseau, Alfred Pellan and Claude Théberge. He taught in the visual arts department of Université Laval for thirty-two years. He has created a number of highly colourful works of public art, including three glass murals for the Montreal subway: Hommage aux fondateurs de la ville de Montréal (with Pierre Gaboriau) at the Berri-UQAM station (1969), two stained glass windows (in collaboration with Mario Merola) at the Charlevoix station (1976) and three stained glass windows at the Du Collège station (1982). He also created two works for the Notre-Dame-des-Neiges cemetery: Transmutation (1996), a sculpture for the La Pietà mausoleum, and a monumental outdoor sculpture made from glass and bronze (1999). Among his most recent works is Mimesis at the Théâtre de la Bordée in Quebec City (2000).