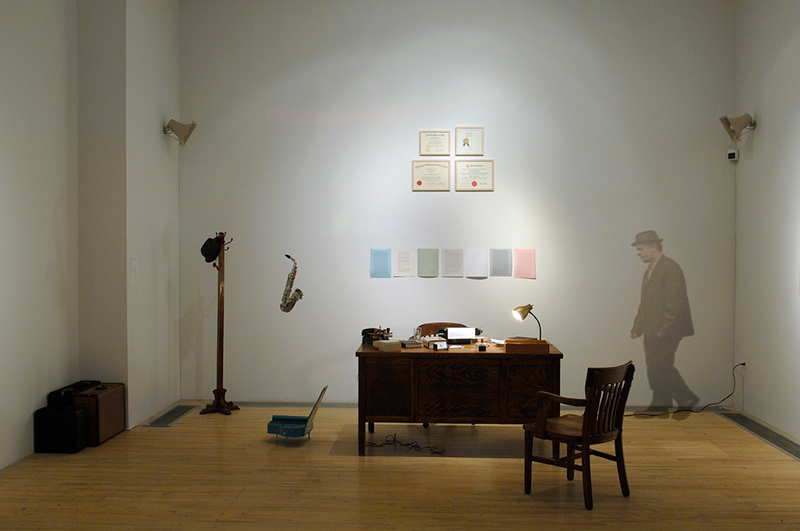 Daniel Olson studied mathematics and architecture before receiving a BFA from the Nova Scotia College of Art and Design (Halifax, 1986) and an MFA from York University (Toronto, 1995). In addition to producing numerous artists’ publications, he has exhibited videos, installations, sound works, sculptures, photographs and artist’s books across Canada and at the Canadian Cultural Centre in Paris. At the start of his career, though influenced by the methods of Marcel Duchamp, John Cage and Michael Snow, he forged a personal approach that focused on autobiographical works which should be understood as places for opening the self to the world and not as acts of closed narcissism. This desire for a dual voice and two-way dialogue comes through particularly in his performances. However, even in the case of seemingly playful images, a significant portion of his work reveals a darker side (evoked by small, isolated objects or shown as images in videos) that hints at the idea of absence, even death, as if the I being represented were merely an other already on its way out. In 2010, Olson was featured in a retrospective exhibition accompanied by an extensive catalogue.