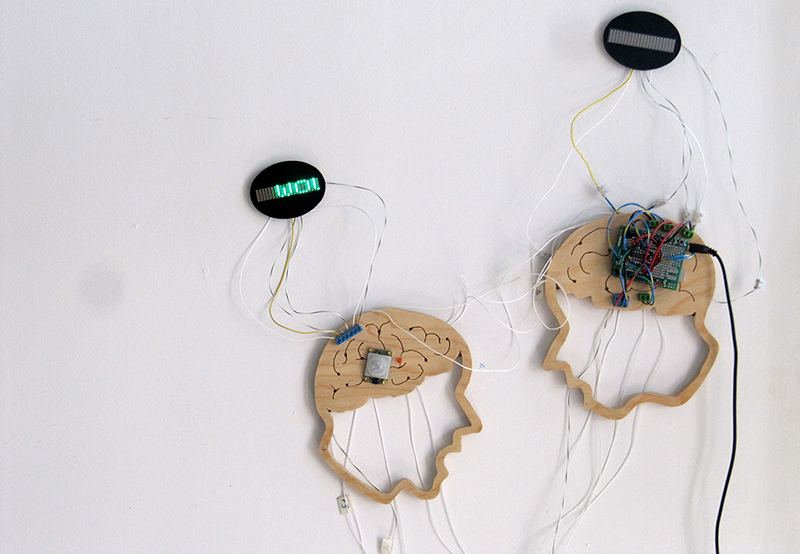 Lorraine Oades has lived in Montreal since the late 1980s. She holds a degree in interdisciplinary studies from Vancouver’s Emily Carr College of Art and Design (1984) and an MFA in Open media from Concordia University (1990), where she has been teaching in the Intermedia/Cyberarts program since 1995. Her installations, presented throughout Quebec and Canada, use electronics, sound, film and video in the aim of physically engaging viewers/receivers and inviting them to explore their own creativity. She has founded various artists’ groups and has presented her inter-relational works in public and private spaces. Her most recent pieces reflect an obvious social significance; Hôpital Bellechasse, for example, was installed at the hospital for which it was named and which was to be converted to a facility for increasingly dependent senior citizens. The artist’s objective is to literally “connect” her work’s receivers/manipulators to humanitarian efforts and to make them reflect upon their own social involvement.