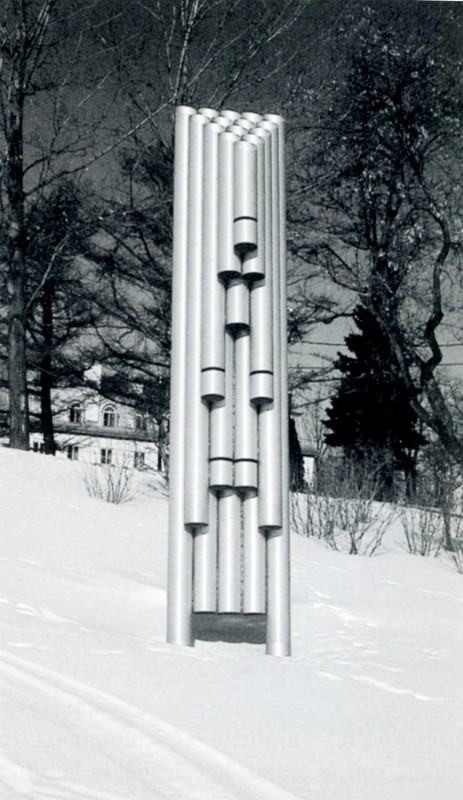 Richard Normandin enrolled at the École des beaux-arts de Montréal in 1953 and graduated with a specialized degree in graphic arts in 1958. In 1961, he became a freelance artist in the visual arts, focusing at the same time on sculpture and registering in the provincial competition of 1965. One of his works would be exhibited at the Musée du Québec. During the 1980s, he participated in numerous competitions and exhibitions while also teaching intermittently at the Université du Québec à Trois-Rivières and Collège Laflèche. In addition to low reliefs, his overall body of work comprises tubular assemblages of strange, humanoid forms of various sizes made from occasionally salvaged aluminum, copper and plastic. Among his public art projects, Sonic 15 was completed for the 1992 symposium in Trois-Rivières and is located near the town’s port, while his sculpture fountain is installed at the Laflèche medical centre in Grand-Mère.