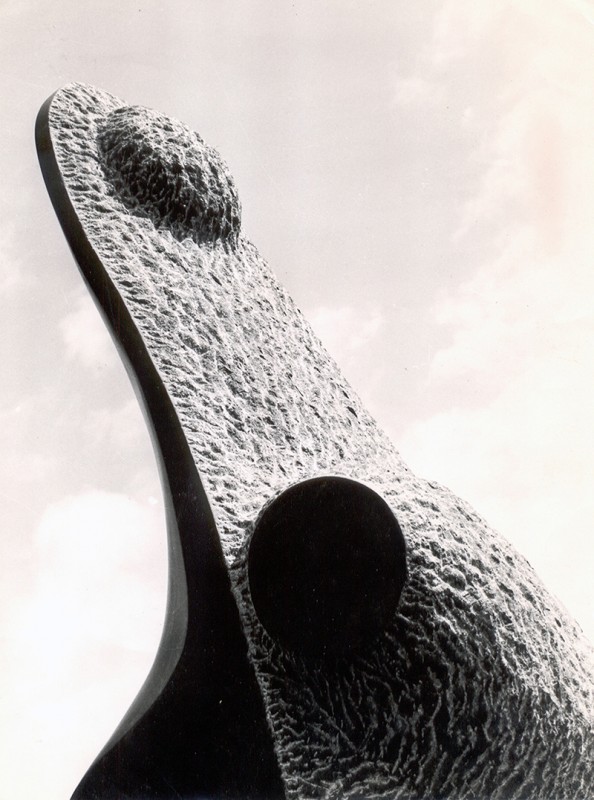 Painter, musician and sculptor Harry Cecil Noordhoek emigrated with his family from Germany to Saskatchewan in the early thirties. He moved to Montreal a few years later, making a living as a violinist while also creating paintings and sculptures. His initially academic style evolved over the course of numerous trips to Europe, where he became acquainted with modern art and adopted its principles of simplifying forms. His work would quickly gain the attention of critics, gallery owners and collectors alike. After taking part in the 1965 Alma Symposium, Noordhoek continued exhibiting his geometric stone, bronze and marble works throughout Quebec, notably at the Musée d’art contemporain de Montréal. His pieces can now be found in major private and museum collections around the world.