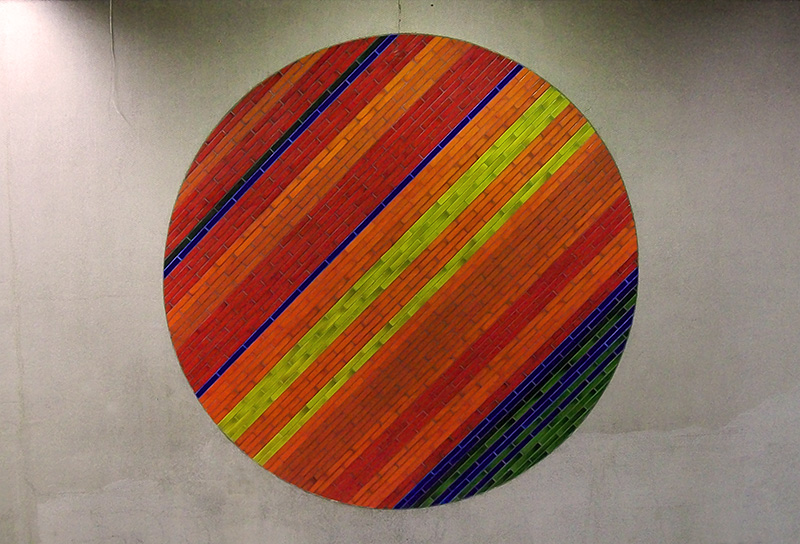 Jean-Paul Mousseau studied science at Collège Notre-Dame (1940-1945) where he studied under and worked with Frère Jérôme. In 1944, he exhibited with the Contemporary Arts Society, and in September 1945, became a student at the École du meuble where he would meet Paul-Émile Borduas. After joining the Automatiste movement, he was among those to sign the Refus global in 1948. In the late 1950s, he became the first Quebec artist to recognize the need to integrate art into the urban milieu. He taught in various places from the 1960s to the 1980s, working as well in collaboration with theatre directors, dancers and architects. He explored a variety of materials, namely plastic, fibreglass, coloured resin and aluminum, and designed discotheques such as the well-known Mousse Spacthèque on Crescent Street in Montreal. He also produced colourful, luminous murals, including those at Montreal’s Peel, Viau, Honoré-Beaugrand and Victoria Square subway stations.