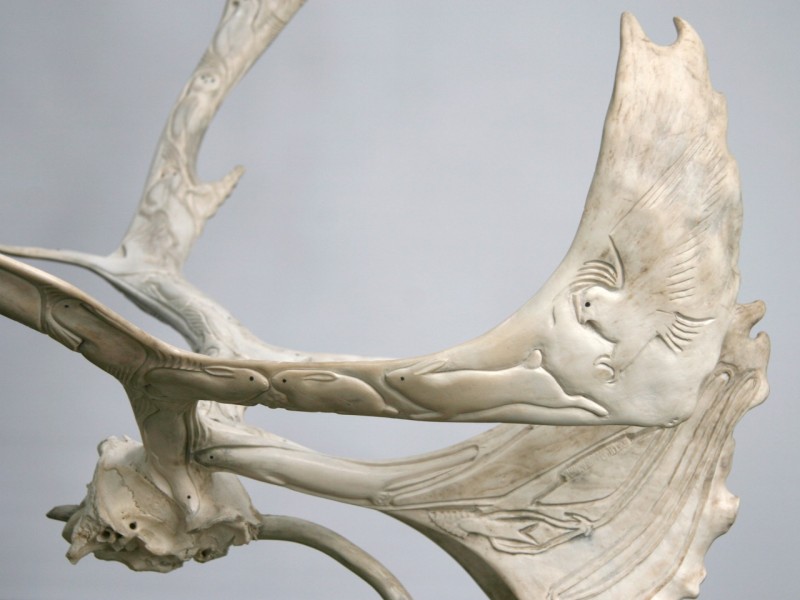 At the end of the 1950s, Peter Morgan was living with his family in Kangiqsualujjuaq. In 1972, he was engraving at the Puvirnituq workshop, and at the end of the decade, he began sculpting stone, bone and caribou antlers. He experimented with these materials, sometimes adding walrus fangs or rope and trying various techniques. His pieces are recognizable both through his very particular style and his signature, made with two swallow footprints. His later sculptures show the profiles of animals and humans shaped onto the surface of bones. The primary themes of his work are representations of myths and stories inspired by the Inuit oral tradition. His work earned greater visibility in 1976, following the release of a catalogue published by the Federation of Cooperatives of New Quebec. From then on, he participated in some twenty collaborative international exhibitions. Some of his pieces are presented in various permanent collections, including those of the Winnipeg Art Gallery and the Canadian Museum of History, formerly named the Canadian Museum of Civilization.