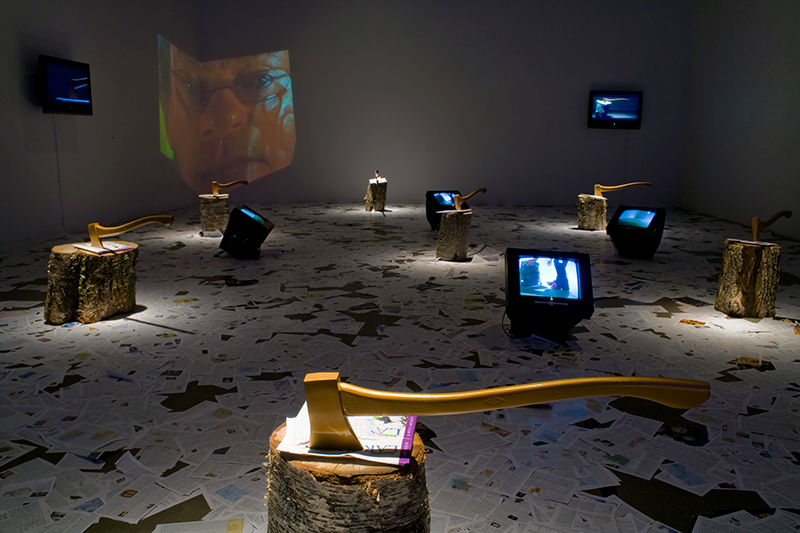 Richard Martel is a multidisciplinary artist, cultural event organizer, conference speaker and author. He is also a founding member and the coordinator of Éditions Intervention, which oversees Inter, a contemporary art magazine that published its first issue in 1978; Le Lieu, a contemporary art centre established in 1982; and RIAP (Rencontre internationale d’art performance de Québec), which held its first event in 1984. In 1980, Martel played a role in organizing a colloquium at the International Environmental Sculpture Symposium of Chicoutimi during a time when the notion of sculpture-objects—an issue that remains central to his work—had become a subject of debate. He has incorporated video into recent installations such as La Conquête (“the conquest”; 2008), in which projected clips of the artist as he “fells” pages from the Larousse dictionary are accompanied by ready-made sculptures throughout the room: axes splitting through sheets of paper and embedded in wooden logs. In addition to his installations, Martel has presented over two hundred works of performance art in forty countries. These were the subject of a theoretical text he published in 2001 entitled Art Action 1958-1978 (Éditions Intervention; republished in 2005 with Presses du Réel, Dijon).