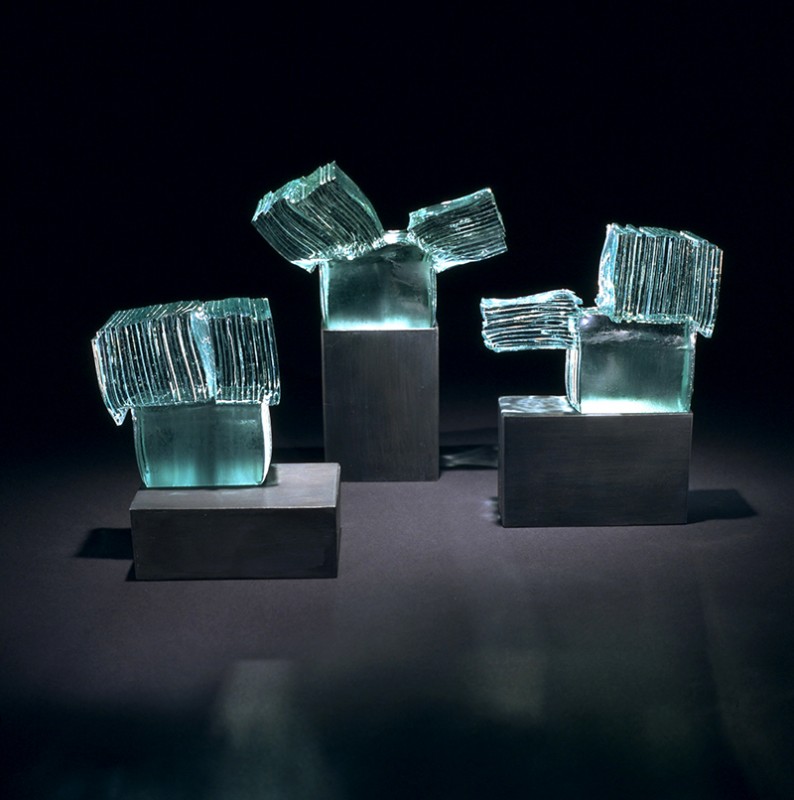 Élisabeth Marier obtained a BFA in visual arts from Université Laval (1982) and a graduate diploma in cultural management from the Université de Montréal (1994). She later completed advanced training in a number of fields, including enamel, wax, carbon fibre and glass. Her interest in different mediums has never wavered, as illustrated in the works she has exhibited in the United States, France and across Canada. She has also taught at various craft centres (1993-2008) and contributed to the development of training programs (1985-2004). While Marier also explores the potential of aluminum and carbon fibre, she works chiefly with glass, in which colour plays an essential role. As well as making medium-sized sculptures and sculptural paintings, she has completed environmental integration projects such as Antennes Périscopiques (1991), installed in the lobby of the SAAQ (Société de l’assurance automobile du Québec) head office in Quebec City.