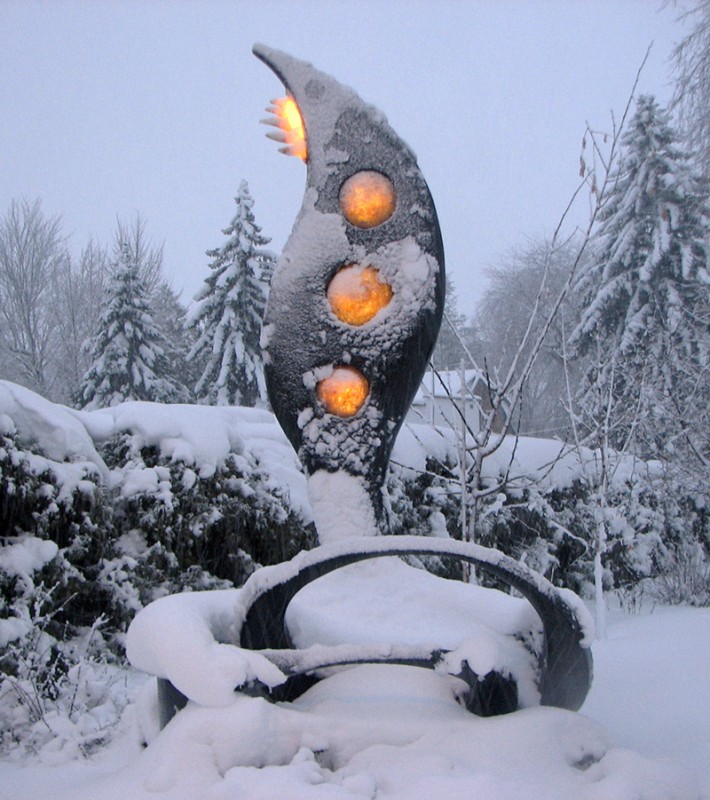 Jacques Malo holds a BFA from the Université du Québec à Trois-Rivières (1976), a Certificate in education sciences from the Université du Québec en Outaouais (1980) and a Certificate in college teaching from the Université de Sherbrooke (1997). He also completed a course in lost-wax casting at the Ottawa School of Art in 1987 and was a fine arts teacher at the Cégep de l’Outaouais from 1980 to 2011. Malo has taken part in several exhibitions in Quebec and produced a number of public artworks, including two bronze busts in the city of Baie-Saint-Paul: the first, in memory of painter Bruno Côté, stands on a granite base in front of the Art&Style gallery, while the second, dedicated to painter Albert Rousseau, is located at the Carrefour culturel Paul-Méderic. He has also created often humorous pieces that incorporate various materials, notably at Quebec’s Festival Recycl’Art de Montpellier (from 2008 to 2010). His work has twice earned him awards voted on by the public as well as the Members’ award from the Conseil de la Sculpture du Québec, notably for Flamants frites (“flamingoes and fries”; 2008) and Cocktail (2009).