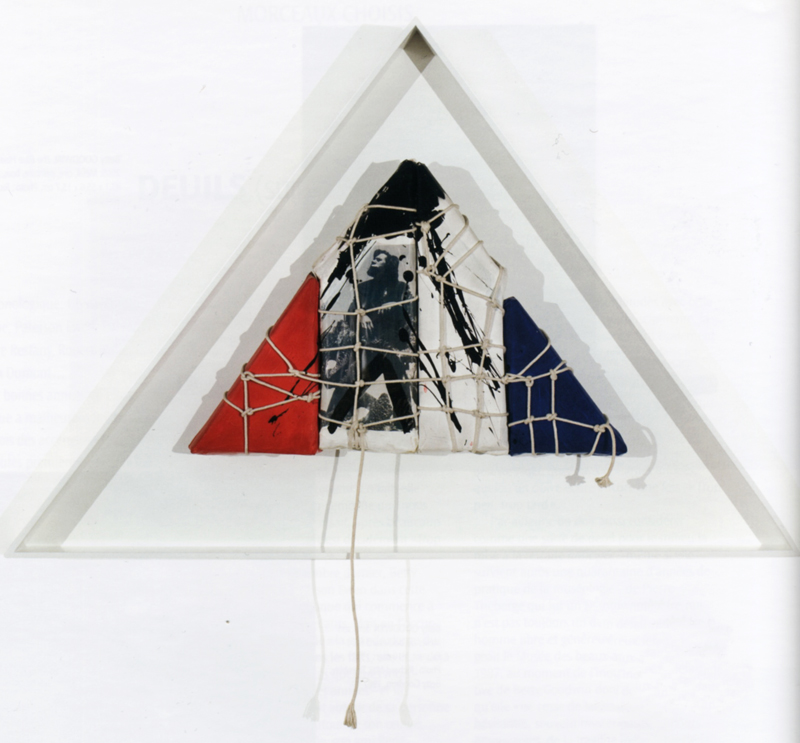 Serge Lemoyne studied at the École des beaux-arts de Montréal (1958-1969) and led a career of social engagement. In the sixties and seventies, he participated in happenings and artists’ collectives that sought to break down the barriers between art and the public. He is known primarily for his paintings, particularly the Bleu Blanc Rouge (“blue white red”) series, which came to an end in 1979. Many years before a fire destroyed his residence in 2000, Lemoyne collected some of the debris, coloured it with pigments and mounted the pieces on pedestals, thus negating the separation of genres. He also explored the possibilities of multimedia as one of the first Quebec artists to use computers for his work, particularly through the incorporation of sound into his installations. His extensive bibliography stands as evidence of his contribution to the visual arts.