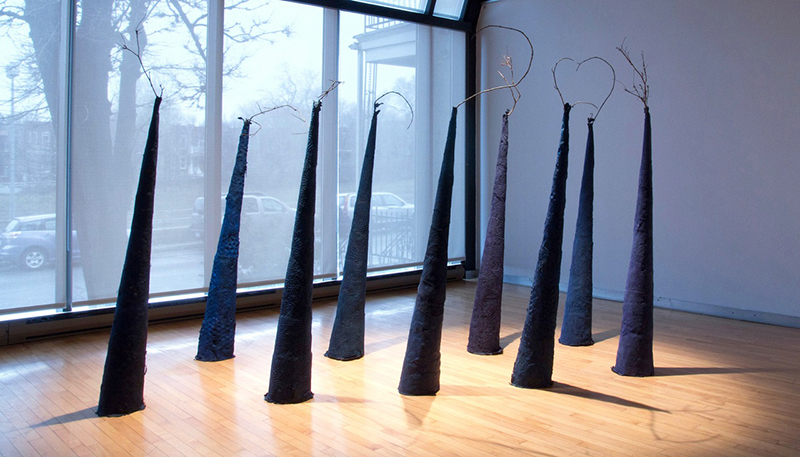 Isabelle Leduc has a degree in linguistics from Université Paris 8 (1972) and trained at the studio owned by her father, Fernand Leduc, and at the Banff Centre School of Fine Arts (Alberta, 1979-1981). Over more than twenty-five years, she has participated in numerous solo and group exhibitions, and her works are found in private and public collections in Quebec and Ontario. In 1990, Leduc received the Prix du Papier at the Biennale du dessin, de l’estampe et du papier du Québec in Alma. Not quite square, oval or circular, her brightly coloured works feature painted reliefs, combining painting and sculpture, symmetry and asymmetry. Inspired by architectural, archaeological and plant-based forms, they uncover and showcase buried surfaces. At the Galerie d’art d’Outremont in 2012, she presented Survol, a fragmented retrospective of her work from 1984 to 2011.