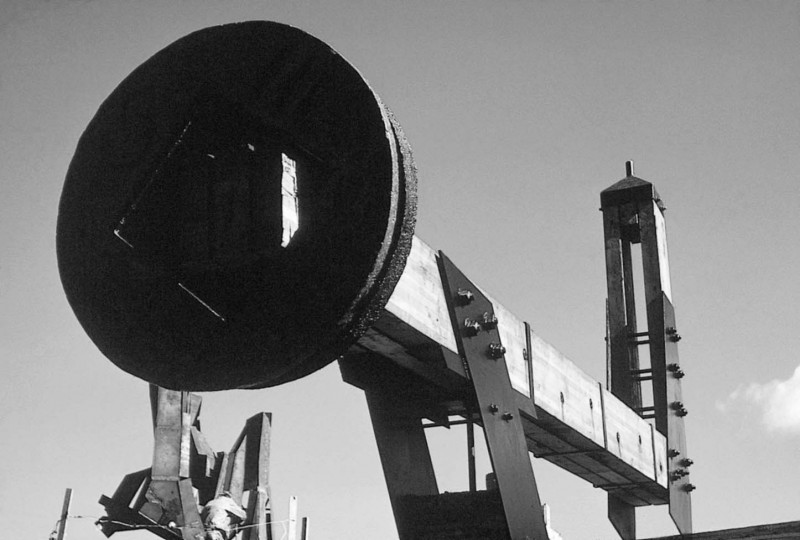 Organized by Alma-Festival Inc., the Provincial Symposium of ’66 brought together several sculptors: Marc Boisvert, Jacques Chapdelaine, François Dallégret, André Fournelle, Peter Gnass, Jean-Gauguet Larouche and Raymond Mitchell. Following an organizational set-back at the site scheduled to receive seven sculptors’ pieces, the work was relocated to a vacant lot and eventually abandoned. Some of the pieces were damaged or destroyed. The sculptors then sued the city of Alma, owner of the pieces, and created “Fonds de secours legal des arts” (Fund for legal help for the arts) to finance their legal action. The lawsuit was rejected in 1973 by the Superior Court of Québec and, in 1997, by the Court of Appeal, which stipulated “that for lack of an express agreement between the artist and the owner of a piece of work, once the piece has been given and is in the ownership of someone else, that person has an absolute right of property and enjoyment” (translated from the French, Gille Toupin, “L’affaire du Symposium d’Alma : de nouveaux rebondissement,” La Presse, September 14, 1978). The sculptors’ assets were then seized in order to pay the court fees, which amounted to $3,000.