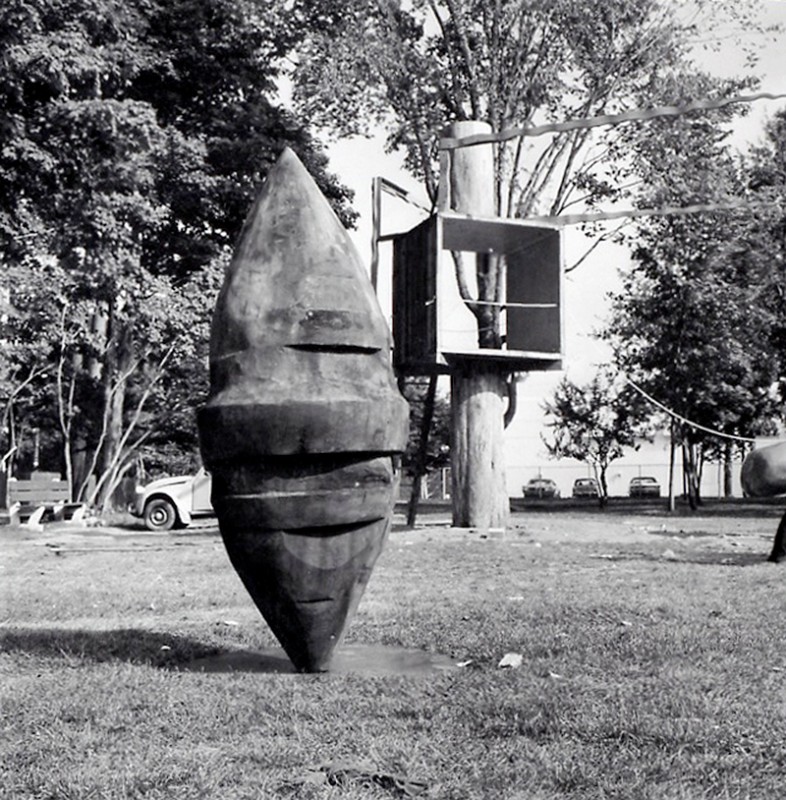 Upon graduating from the École des beaux-arts de Montréal, Esther Lapointe left for Italy and lived for ten years in Pietrasanta, where she mastered the art of marble sculpture. She met Henry Moore, Noguchi and Antoine Poncet during this time and began exhibiting her work in Italy and France. When she returned to Quebec, Lapointe honed her technique and produced playful works such as Couple-bougie (c. 1977). It was with this same sense of humour that she designed a piece made up of eight colossal marble buttons placed on the ground and linked together with aluminum thread and giant bronze needles (Boutons et aiguilles, 1977). Also in 1977, she sculpted a giant button for Lorne Park in Saint Lambert. All of her works, whether closely related to Pop Art or built upon references to mythological figures or ancient decorative forms, reflect an approach to sculpture that is refined while always parodying the great exemplars of art history.