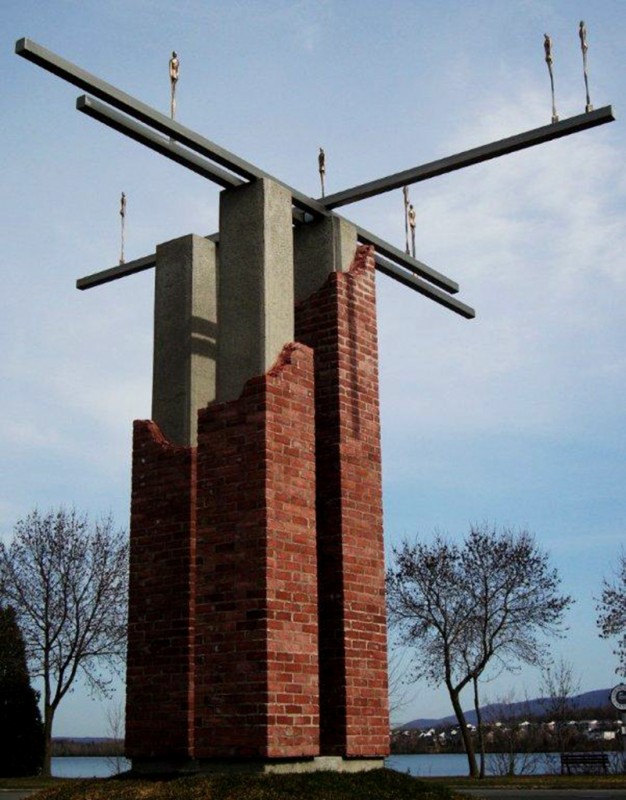 Roger Lapalme currently teaches at the Cégep de Granby and has created a number of public artworks: Sculpture Famille (“sculpture family”), unveiled in 1986, in which concrete elements represent a mother and father while a smaller bronze piece symbolizes a child; Apartheid (1987), an imposing cedar installation divided into five sections, each component painted either lighter or darker to illustrate the duality between Whites and Blacks; L’Arche Humaine (“human arch”; 1991), a sculpture in front of the Cégep de Granby; and Vision commune (“shared vision”), located at the Parc du Millénaire (1999). Lapalme was among the initiators of the open-air museum along the bicycle path between Waterloo and Granby. Its roughly thirty sculptures were created during the International Monumental Sculpture Symposium, which took place from 1997 to 2000. For the first of the event’s four editions, Lapalme created Lorsque la ville devient humaine (“when the city becomes human”), in which several standing figures, one of them separated from the others, evoke the difficulty of making personal connections in the anonymity of large cities.