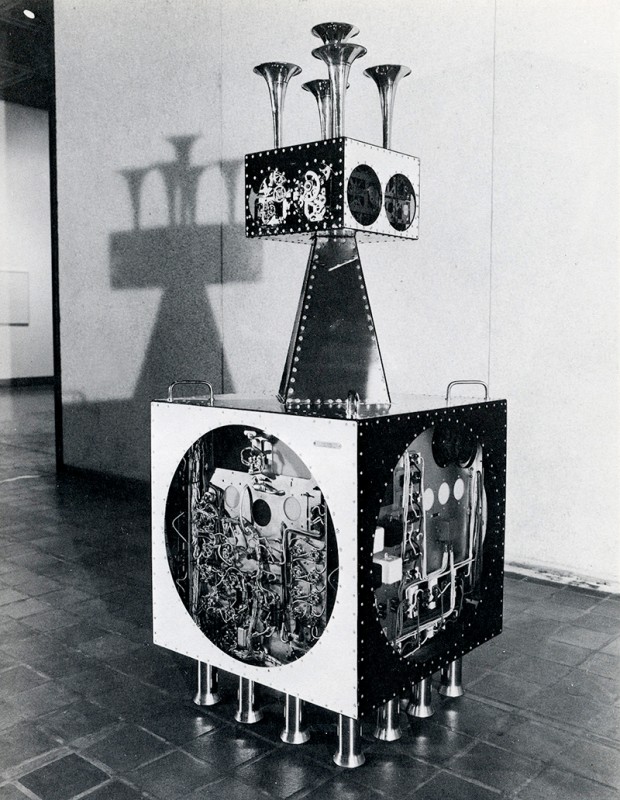 Jean-Claude Lajeunie was born in France and moved to Canada in 1951. He studied at the École des beaux-arts de Montréal, earning a degree in sculpture in 1965. He received an award at the 1966 Concours artistique de la Province de Québec and at “Perspectives 67” in Toronto the following year. Over his career, Lajeunie has participated in many exhibitions at prominent institutions such as the Montreal Museum of Fine Arts (1966), the National Gallery of Canada (1967-1968), the Maison du Québec in New York (1968), the Musée d’art contemporain de Montréal and the Musée Rodin in Paris (1970). During this time, he was producing object-machines close to science fiction that were scientific and rational in some respects, but also absurd, ironic and critical: a sort of caricature of technological progress. He remains active and exhibited his work at Maison Trestler in 2008 and in 2015.