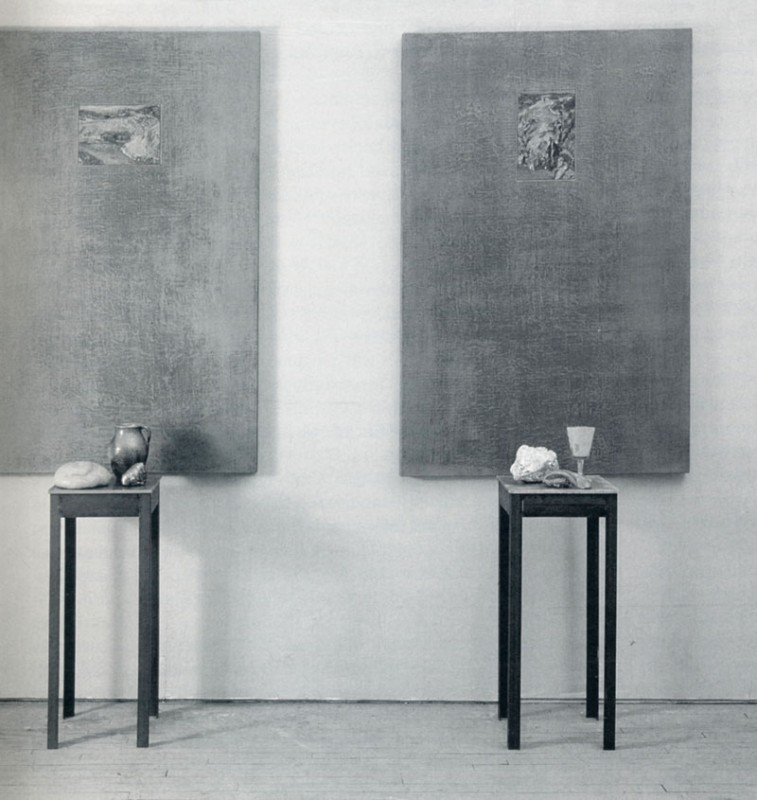 Peter Krausz studied at the Academy of Fine Arts in Bucharest (Romania) from 1964 to 1969. After moving to Quebec in 1970, he taught at several institutions and became the director of the Saidye Bronfman Centre art gallery (1980-1991). His work comprises paintings, sculptures, installations, photography, drawings and pastels; it explores the relationship between man and nature, as well as the notions of the past, borders and memory – particularly that of the Jewish community. In 1992, for example, he constructed a mural made from 250 lead plaques, each bearing the inscription of a place or date in the history of the humiliation of Jews in France. In addition to participating in several major exhibitions, such as Montréal Tout Terrain in 1984, Krausz was selected in 1992 to create Les Voiles du temps, an immense mural located at Pointe-à-Callière, the Montreal Museum of Archaeology and History. In 2013-2014, he was the subject of a major exhibition at the Musée des beaux-arts de Sherbrooke entitled Peter Krausz, 2003-2013: un survol.