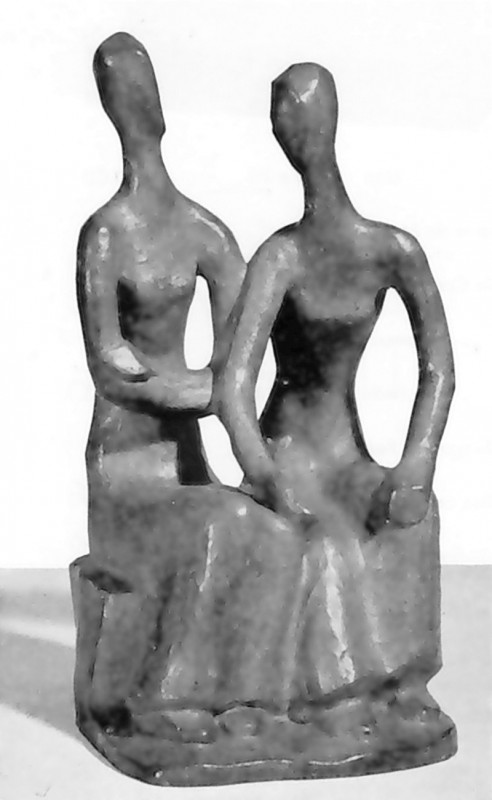 Sybil Kennedy studied under Alexander Archipenko and William Brymner, as well as with John Sloan at the Art Students League in New York. In 1941, she won the Huntington Prize from the National Association of Women Artists, and the Amelia Peabody Prize in 1948. Both figurative and stylized, her sculptures seek the inner essence of her subjects, tending to feature distorted proportions and natural forms imbued with emotion. Beginning in the early 1950s, she participated in a number of group shows: the Montreal Museum of Fine Arts (1951); the first open-air exhibitions in Île Sainte-Hélène (1956-1957); Exposition d’art de la Province de Québec, organized by the Université de Montréal’s Société Artistique (1956); Sculpture 60, an outdoor show held by the Sculptors Society of Canada in the gardens of the École des beaux-arts de Québec (1960); and Outdoors Sculpture at the Montreal Museum of Fine Arts (1960).