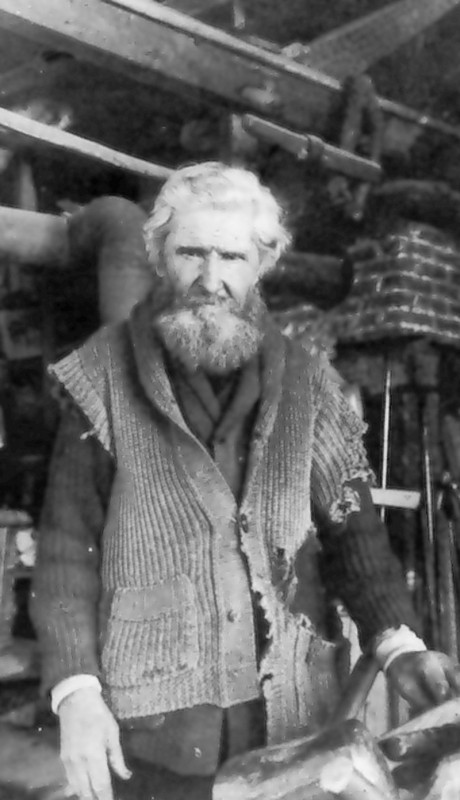 Louis Jobin, known primarily for sculpting religious art, was an apprentice to François-Xavier Berlinguet and later to William Boulton in New York. He opened his own workshop in 1870, filling orders for items such as figureheads, signs, religious works and furniture. In 1875, he moved to Quebec City and perfected the craft of wood statuary covered in metal leaf. In 1896, he settled for good in Sainte-Anne-de-Beaupré, where he would continue to serve a religious clientele. His best-known works include a statue of Notre-Dame-du-Saguenay, the immense statue of St. Michael the Archangel upon the façade of the church of the Saints-Anges Gardiens (Lachine) and the statue of Notre-Dame de Bonsecours atop the façade of the Notre-Dame-de-Bonsecours church in L’Islet.