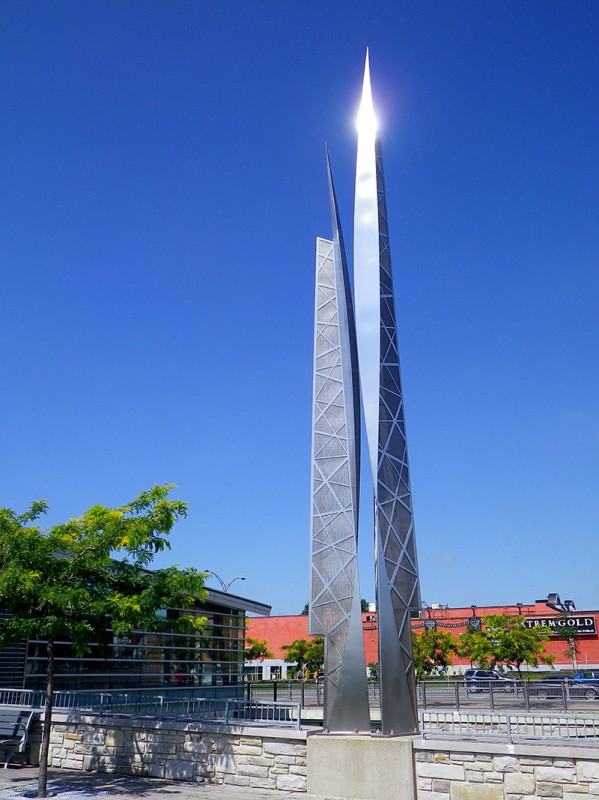 Jacek Jarnuszkiewicz moved to Quebec in 1963 and holds an MFA from Concordia University. In addition to teaching, he produces both figurative and image-based sculptures. His pieces focus on the relationship between matter and time, developing themes such as fragility and strength, corrosion and permanence, instability and immutability – all of which are reflected in the recurring clock motif found in his work. His public art often plays upon surprising imbalances, as in the case of his monumental sculpture of a keychain. He has presented his work in solo exhibitions as well as in group shows, such as the Sao Paulo Biennale in 1989. He has also created a large number of works integrating art into architecture, including Les Clefs (1993) at Mont-Laurier’s Hôpital Sainte-Croix; Le Temps du verbe (1996) at the Centre de conservation de la Bibliothèque nationale du Québec in Montreal; and L’Homme est un roseau pensant III (2007) at the Cartier subway station in Laval.