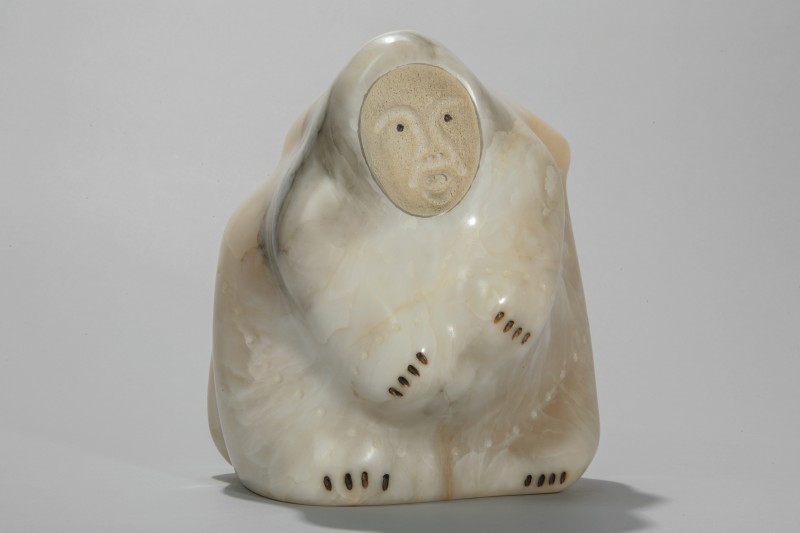 The Inuit sculptor Mattiusi Iyaituk, born near Akulivik, moved to Ivujivik, Quebec with his family in 1955. From the age of 14, he learned the profession of his father and brother by working with stone. Before dedicating himself entirely to his artistic practice, he began working as a police officer in 1984. As an artist, he has received numerous awards and participated in several workshops and exhibitions. In 1996, he was named president of the Inuit Art Society, a position he held for 16 years. He helped spread Inuit art to several countries, including China, Siberia and the Philippines. Iyaituk’s first sculptures were realist in style and depicted animals and many other traditional Inuit subjects. By the end of the 1970s, inspired by the works of artists Henry Moore and Lucy Tasseor, his practice became a mix of traditional Inuit iconography and forms of modern representations. He worked with different materials (soapstone, serpentine, bone, caribou antler, wood, ivory), creating deeply expressive and stylized sculptures with few details. He combines colours and materials to produce works with subjects that are not always evident, thus allowing the viewer to interpret more freely.