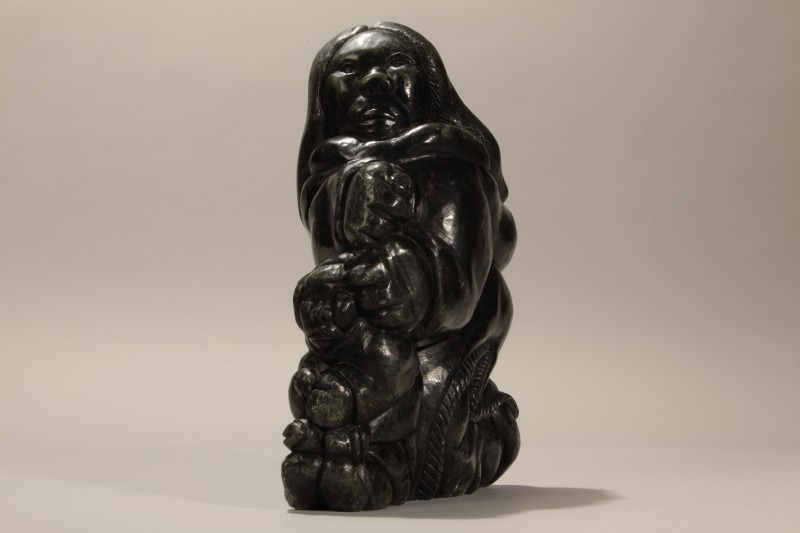 Inuit sculptor Charlie Inukpuk was born in Kotak, Quebec, in 1941. He began to take an interest in sculpture as a teenager while living in Inukjuak, and learned the techniques of this discipline by observing the sculptors of his work. community, including his father Johnny Inukpuk, work the stone. His work includes representations of animals, bear hunting scenes, kayaks, and Inuit kayaking. He also shapes soapstone figurine heads for his wife, Elisapee Inukpuk, who makes traditional dolls. The artist’s latest sculptures focus mainly on the theme of mother and child. The former is often represented with disproportionately large hands because of the fragility of steatite; particularity which also evokes, in a certain way, its role in the development and the fulfilment of the child. Charlie Inukpuk devoted himself to full-time sculpture until the early 1980s. The scarcity of steatite, restrictions imposed by the marketing agency on the format of the works and the fall in their selling price prompted the sculptor to retire.