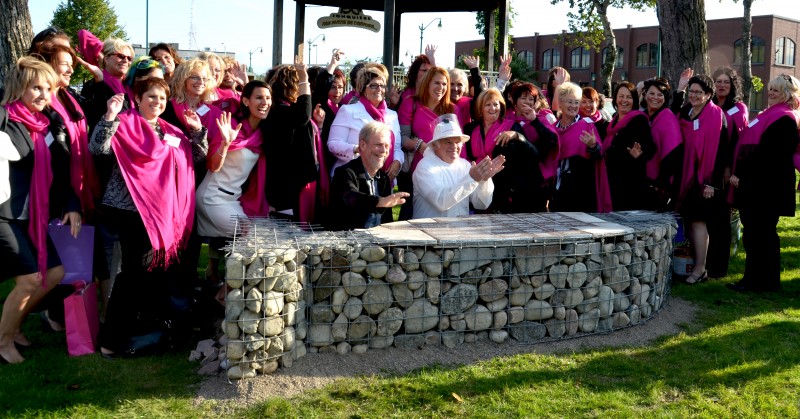 The group Interaction Qui was founded in 1980 by artists Jocelyn Maltais, born in Alma, Quebec, and Alain Laroche, born in Saint-Hyacinthe, Quebec. The two men met in 1972 at the École des beaux-arts de Québec. In 1979, Alain Laroche and several collaborators founded Langage Plus, an artist-run centre. In 1980, Jocelyn Maltais participated in Objet Témoin, an exhibition presented at Langage Plus. This event would lead to a new artistic approach, including the presentation of multidisciplinary, avant-garde installations. Technological innovation, experimentation with new materials and collective work were very important characteristics of their artistic approach. As teachers, the two artists often worked with students to complete projects, leaving behind the idea of the artist as master creator. The two men promoted the creation of collective work. They created a series of major artistic events, including Action 80 (1980), Intervention 58 (1980) and d’Une rue ARTfaire (1981). In 1983, during their collaborative exhibition, OÙ, the group dropped institutional and traditional art for a more social and territorial art. In 1989, they founded, with Raymond-Marie Lavoie, the organization Interaction Qui Ltée, a non-profit organization that invited artists to create in the context of a community. Between 1990 and 2015, Interaction Qui Ltée created several artistic events in the form of performative actions, installations and sometimes both at once. Interaction Qui received the Citoyen de la culture award from the organization Arts et la Ville in 2007 and the Contribution organisme Saguenay-Lac-Saint-Jean award, given by the organization Culture Saguenay-Lac-Saint-Jean in 2015. The same year, the Laroche-Maltais duo ended 35 years of collaboration.